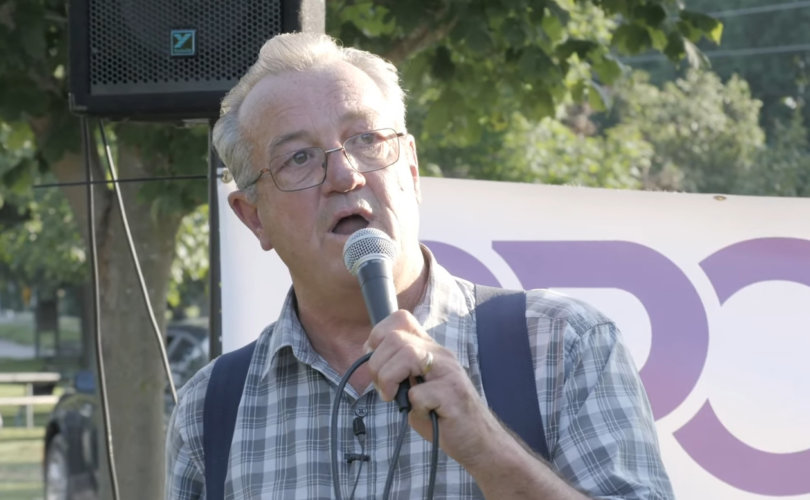 On October 22, Member of Provincial Parliament (MPP) Randy Hillier, an Independent representing the Ontario riding of Lanark-Frontenac-Kingston, wrote a letter to Commissioner Thomas Carrique requesting an investigation to look into the “sudden” and “unexplained” deaths of a series of four young Ontarians who died shortly after receiving the experimental COVID-19 injections.

“I am obligated to bring to your attention a series of tragic deaths and injuries of otherwise healthy individuals throughout the province of Ontario that have occurred under questionable circumstances in recent months,” the letter opened.

“These tragedies have a common thread of being sudden in nature, in individuals as young as 14 years old, a demographic that ought not to be experiencing such sudden deaths. The increasing prevalence of these deaths is cause for great concern, that may merit further investigation on the grounds of criminal negligence and culpable homicide,” continued Hillier.

Hillier’s letter makes mention of four young deaths in the province that have been widely publicized in recent months: A 17-year-old boy in Beeton, Ontario, a senior at Queen’s University in Kingston, an 18-year-old Queen’s freshman, and a 25-year-old football player and engineering student at the University of Ottawa.

Both Queen’s University and the University of Ottawa mandate that all staff and students be “fully vaccinated” against COVID-19 in order to be present on campus, while the 17-year-old boy from Beeton reportedly only received the jab because it was mandated to play hockey in his local town arena.

Hillier went on to reference the Criminal Code of Canada, which defines criminal negligence as “doing anything” or “omitting to do anything that is his duty to do” that shows a “reckless disregard for the lives or safety of other persons.”

“To knowingly continue to allow unexplained deaths without investigation is nothing short of criminal negligence by omission and deception. It is becoming increasingly clear that these vaccine products are neither as safe nor effective as advertised by governments and the media, nor were they necessary,” wrote the MPP.

“I am calling on you, Commissioner Carrique, the Ontario Provincial Police, and local law enforcement agencies to begin immediate criminal investigations to determine the facts of these and other unexplained tragic deaths of questionable nature and determine if the administration of a pharmaceutical product was either a contributing factor or cause of death and injury,” he added.

In addition to the law, Hillier mentioned the known adverse reactions caused from the jab, including the increased risk of heart inflammation conditions such as myocarditis and pericarditis, particularly in young people.

According to a report released by Public Health of Ontario, between December 2020 and August 2021 over 100 confirmed cases of vaccine-induced heart inflammation were diagnosed in people aged 12 to 24. The province’s top doctor announced in late September that the Moderna vaccine in particular is to be avoided by people under the age of 30 due to the cardiac risk profile.

“Despite this recommendation, our government continues to authorize the Moderna vaccine for use among these age groups with informed consent. This contrasts with other countries such as those in Scandinavia which have halted the distribution of Moderna vaccines to these age groups, with Iceland halting its use altogether,” Hillier wrote.

Referencing the official data from Public Health of Ontario which shows that people aged 18 to 24 have an approximate 1 in 3,800 chance of developing the potentially fatal heart conditions following the second dose of the Moderna shot, Hillier warned that the future will be even worse if proper governmental action is not immediately taken.

“This, at a critical juncture in time where vaccine manufacturers and governments are seeking approval to vaccinate the even younger population of ages 5–11,” he wrote. “It is common knowledge that these demographics are at the very lowest risk from the COVID-19 virus, and we should not be subjecting them to a potentially harmful pharmaceutical regime with no long-term safety data.”

“Despite this concerning data, governments and media have enforced a coercive agenda to mandate these pharmaceutical products as a condition for societal participation. All opposition to their agenda is promptly labelled misinformation despite the plethora of highly credentialed professionals weighing in on the matter. The narrative of fear and coercion is sustained by the media and big tech companies who completely ignore and even censor these critical voices.”

In early October, Dr. Michael Palmer, a board-certified medical microbiologist teaching pharmacology at the University of Waterloo (UW), wrote a scathing letter to his university over its mandatory vaccination policy.

Palmer told LifeSiteNews by email that his opposition to the vaccines is “not in spite of [his] medical education, but BECAUSE of it.”

“There is just no way that any competent medical scientist who makes an honest effort to himself could not see that these vaccines — in particular the mRNA vaccines, which are touted as ‘the safe choice’ — will cause grave harm, and with a sufficient number of cumulative doses certain death,” wrote the doctor to LifeSiteNews.

In reference to the recently reported deaths of four young people in Ontario, Palmer told LifeSiteNews that with the “limited information provided” the “sudden deaths … look very much like adverse vaccine effects.”

Just last week, Ontario health minister Christine Elliot announced that the province is looking into opening vaccine clinics in schools to aid in the mass vaccination of children as young as five once the practice is approved by Health Canada.