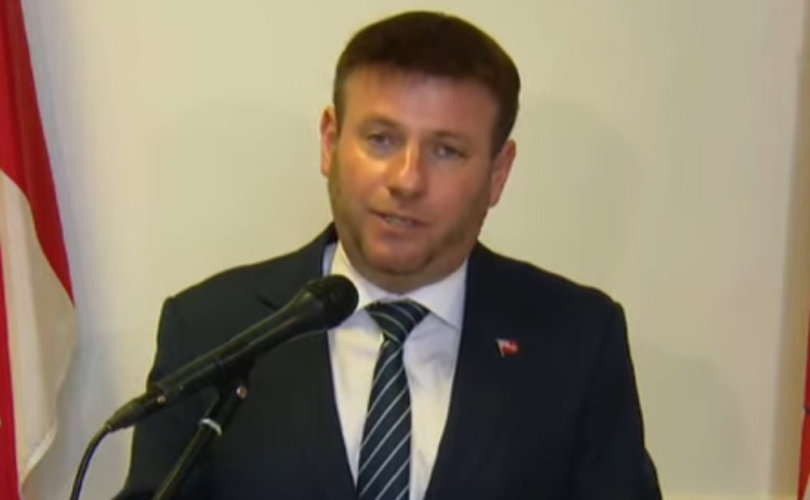 TORONTO (LifeSiteNews) — An Ontario Member of Provincial Parliament (MPP) exposed the province’s COVID narrative as anti-science and deadly in a dynamic speech in the provincial legislature.

Roman Baber, an independent MPP in Ontario who was ousted from the Progressive Conservative Party earlier this year for opposing COVID lockdowns, slammed the government’s actions as an “erosion of democracy” that caused “irreparable harm” including death. Baber’s rapid-fire, fact-laden speech in the province’s legislature that went “viral” on social media this week.

Have a look at the evidence. Public Health & the @fordnation government were wrong on everything & they weren’t being truthful.

This will end in one of two ways. Either the narrative comes crashing down or they will reinforce it with censorship & misinformation. #onpoli #cdnpoli pic.twitter.com/zGnxBi8qqb

“The government subjected Ontarians to the second longest and harshest lockdown in the world, it caused countless deaths and many of us will not rest until we get a fair audit, so history can judge lockdowns fairly,” continued the MPP.

According to Statistics Canada’s official data, between January 2020 and April 2021 there were 5,535 more deaths than expected for people under the age of 65. With only 1,380 of the deaths being related to COVID, “the excess mortality is, in large part,” due to a staggering increase in fatalities related drugs and alcohol.

“The government caused our children irreparable harm with the longest school closure in the world, despite seeking and getting unanimous advice to open the schools,” stated Baber. “For twenty months Ontario’s pandemic leaders denied science by denying natural immunity while peddling herd immunity, now the science caught up and they can no longer deny it.”

“According to a McMaster [University] pediatric surgeon, multiple children died from a late cancer diagnosis,” informed Baber. “The Chief Medical Officer [of Ontario] finally admitted that ‘natural immunity’ is ‘good immunity’ … And finally, the CDC abandoned any plans for herd immunity, because you cannot obtain herd immunity with a leaky vaccine.”

“For 20 months the ‘science deniers’ told us to ‘listen to the science,’ twenty months later, they want ‘two more weeks to flatten the curve.’”