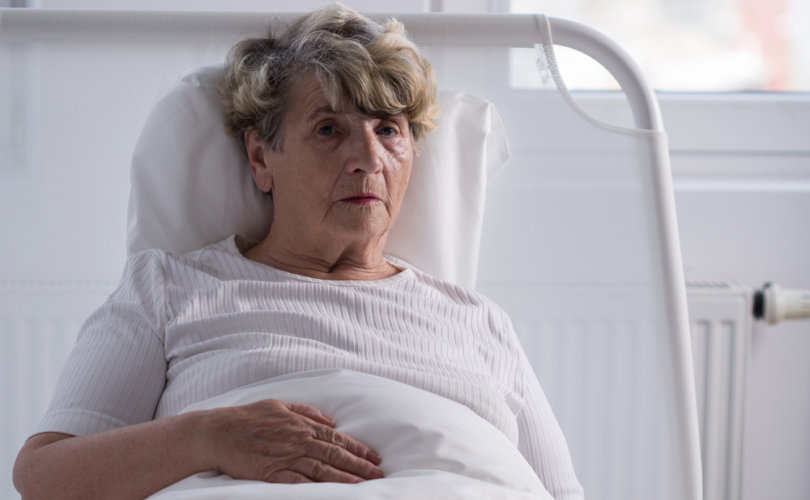 TORONTO, December 4, 2017 (LifeSiteNews) – An Ontario Conservative MP has proposed a bill that would mandate the province to focus on improving access to hospice palliative care. The bill comes as euthanasia and assisted suicide rates continue to climb steeply across Canada.

And they are urging Ontarians to lobby MPPs to support the legislation.

It gives the Liberal government a year to “develop a provincial framework designed to support improved access to hospice palliative care.”

Oosterhoff has set up a website ontariopalliativecare.ca that explains his legislation and documents the need for palliative care.

“Ontario needs 1,300 hospice and palliative care beds. We currently have only 341 of these beds available in the entire province,” the website states.

Ontarians can also use the website to urge MPPs to support Bill 182, which is scheduled for second reading debate December 14, the last day before Queen’s Park adjourns for two months.

“Bill 182 is a step in the right direction in order to mitigate the damage that legalized euthanasia and assisted-suicide is spreading across our nation,” says Jim Hughes, national president of Campaign Life Coalition.

“Proper palliative care is vital in providing the type of compassionate care that those who suffer deserve. It acknowledges their inherent dignity and value as human beings.”

Not just Ontario, but Canada as a whole lacks a palliative care strategy, so access to such care varies widely from community to community, “so it’s a very bad situation,” Schadenberg told LifeSiteNews.

He reiterated there’s not enough palliative care to meet the need.

Euthanasia advocates insist euthanasia is “all about choice and autonomy, which, of course, is a big lie,” he said. “But to suggest that, and not give access to good palliative care doesn’t make a lot of sense.”

Canada legalized assisted suicide and euthanasia in June 2016, and the province of Quebec in December 2015.

Since that time, Health Canada has reported 2,149 Canadians have been killed by medical means, of these, “all but five” were euthanized, Schadenberg reported in October 2017.

“We fully support Sam Oosterhoff’s bill and we are hoping that all parties can come to agree on this and get it through quickly,” he told LifeSiteNews.

This is the first private member’s bill for Oosterhoff, a Christian homeschooled former political science major who made history when he won the Niagara West-Glanbrook by-election at age 19 to become the province’s youngest ever MPP.

Oosterhoff has maintained a solid pro-life and pro-family voting record since arriving at Queen’s Park in November 2016, according to Campaign Life Coalition.

He spoke out in the legislature October 4 against the “tragic reality” that Icelanders were aborting all their Down Syndrome babies.

“Earlier this year, the American broadcaster CBS reported that Iceland is eliminating Down Syndrome through the use of abortion. CBS reported that almost 100 percent of unborn children diagnosed with Down syndrome are aborted in Iceland,” Oosterhoff told the legislature.

“The reality is that Iceland is not eliminating Down Syndrome; they are eliminating people.”

After the PC Party under leader Patrick Brown agreed with the NDP and Liberals to fast-track Bill 163, the sweeping “bubble zone” legislation outlawing pro-life witness within 50 to 150 meters of Ontario’s eight abortion centers, Oosterhoff was absent for votes on legislation.

To send a letter to your MPP in support Bill 182, go here.