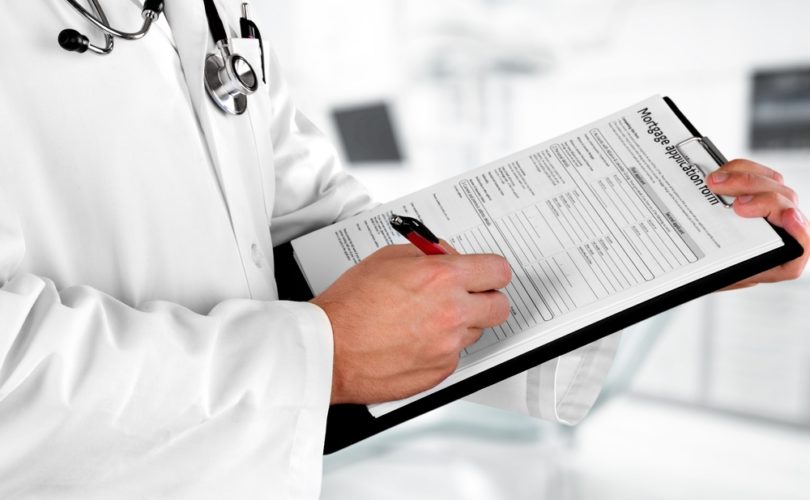 TORONTO, January 27, 2016 (LifeSiteNews) – Christian doctors opposed to assisted suicide or euthanasia must refer suicidal patients to doctors willing to kill them under a controversial policy ratified Tuesday by the Ontario College of Physicians and Surgeons’ governing council.

One critic calls the decision a “rubber stamp” while a spokesman for Christian and other pro-life doctors says his clients will sue the College for violating doctors’ freedom of conscience.

The policy mandates that doctors administer euthanasia or assisted suicide—Physician Assisted Dying or PAD—for patients enduring “suffering that is intolerable” from a “grievous and irremediable medical condition,” who are mentally competent adults and willingly request it.

But for doctors with a conscientious objection to either procedure, the policy requires they “effectively refer” patients to other doctors they know will deliver the fatal procedure or assistance.

An alliance of Christian medical associations which is already suing the College for its policy imposed in 2015 forcing doctors to refer patients seeking abortion to willing colleagues is prepared to sue again claiming the policy violates Freedom of Conscience, says spokesman Larry Worthen of the Christian Medical and Dental Society of Canada.

“We are discussing right now whether to launch a new suit or to join this to our current one,” Worthen told LifeSiteNews, adding that he was “disappointed” but not surprised at the College’s decision. Worthen said his group’s objection is the same in both cases: when a doctor makes an “effective referral” he or she is not just recommending the patient to a second doctor, but is recommending the treatment, making the referring doctor complicit in homicide.

“The College is overstepping its mandate by violating the doctors’ freedom of conscience, which is protected by the Charter of Rights and Freedoms,” said Worthen, whose lawsuit includes Doctors for Life and a federation of Catholic physicians groups. “That’s unconstitutional.”

Worthen noted that “the Ontario College has isolated itself from most of the other colleges in Canada.” The governing bodies for doctors in British Columbia, Alberta, Saskatchewan, Manitoba, New Brunswick and Nova Scotia have all found ways to provide patients access to physician-assisted dying without forcing individual doctors to participate.

This accords with the recommendations of the Canadian and Ontario Medical Associations, which serve as lobby groups for doctors. These call for doctors to advise patients of all the available services including euthanasia and assisted suicide and where they could go to find a willing doctor.

Some responding to the consultation saw the requirement to refer as a practical compromise between letting doctors opt out totally and kicking them out of the profession. But one doctor responded to this: “Forcing a duty to refer for procedures one is unwilling to perform oneself is not arriving at a middle ground, rather, it forces physician participation in that which they have judged to be …an act of homicide.”

But the hundreds of comments from both doctors and the general public, as well as dozens of religious and professional organizations, was just “window dressing,” according to Sean Murphy, head of the B.C.-based Freedom of Conscience Project, a defender of doctors’ and nurses’ rights.  “The consultation started in December. But the College stated quite clearly in November that its policy was exactly what was ratified today.”

The policy reviews by the federal panel and the Ontario College of Physicians and Surgeons were instigated by the Supreme Court of Canada’s Carter decision, which threw out the Criminal Code provision against assisted suicide last February, but delayed its decision’s coming into force for a year to give governments and the medical profession time to prepare policies and legislation. The Supreme Court has just extended the delayed enforcement by four months.

The concern over whether the courts will ultimately force doctors to “effectively refer” suicidal patients led one American commentator, Rod Dreher, to warn of an exodus of Canadian doctors to the United States. Under the title “Canadian Christians: Tomorrow’s Soviet Jews, ” he noted on the American Conservative web page that already Catholics could not in good conscience practice gynaecology in Great Britain because of requirements to provide artificial contraception., and soon might be unable to practice family medicine in Canada.

“Imagine having to tell your children that they can only be a doctor or a lawyer if they give up or compromise their faith — or emigrate—the entire country is becoming the sort of place where a Christian lawyer or doctor may have to immigrate or to apostatize.” A third possibility, Dreher hinted, would be to go to jail, not only in Canada but the U.S. “If you are a North American Christian and you are not preparing, and preparing your children, to suffer for the faith, you are not reading the signs of the times.”

Cardinal Collins: College of Physicians has ‘revoked the right of conscience of every doctor in Ontario’