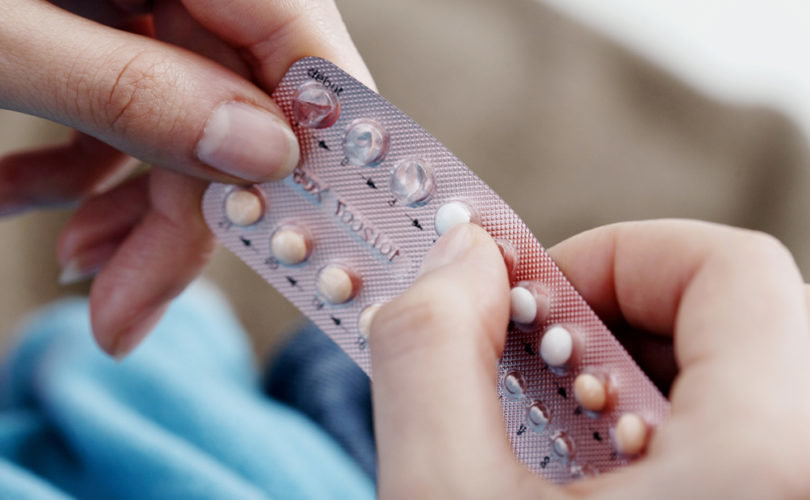 WATERLOO, ON, April 16, 2015 (LifeSiteNews.com) – Despite studies showing that contraceptives do not reduce pregnancy rates, a local Ontario health unit wants to expand a project to distribute birth control products in all the high schools within its jurisdiction.

The Region of Waterloo Public Health unit initiated a pilot project to distribute contraception in two high schools of the Waterloo Region District School Board last year in an effort to reduce the rate of teen pregnancy and sexually transmitted infections. Both were higher than in most other comparable regions in Ontario.

According to Statistics Canada the nationwide pregnancy rate of 15 to 17-year-olds is 15.8 per 1,000. However, according to Region of Waterloo Public Health statistics teen pregnancy rates in two of the larger cities in the region (Cambridge and Kitchener) range from 26.0 to 27.7 per 1,000.

Lesley Rintche, manager of sexual health and harm reduction programs for the regional health unit, said the feedback from the pilot project was “positive,” so she wants to see contraception readily available in all public high schools.

“I think it was very successful,” Rintche told the local newspaper, The Record.

“It shows that the community is ready for this. We hope that it will be in all schools eventually,” Rintche said.

While Waterloo Region officials intend to provide more teens with condoms and birth control pills to reduce pregnancy rates, evidence from other parts of the world shows this approach has the opposite effect.

More than a decade ago, the British government launched an “action plan” to lower the teen pregnancy rate, which involved a set of programs including intensive one-on-one consultations about contraception for 16-year-old girls. The program was implemented in 27 areas of England and cost taxpayers £6 million ($9.8 million U.S.). It resulted in the girls involved having more than twice as many pregnancies as teens in the general population.

Professor Brenda Almond, professor emerita of moral and social philosophy at the University of Hull, wrote at the time that the government’s programs will continue to fail until it is recognized that more sex education and free contraceptives are not the solution.

Almond wrote that with the new statistics, “instead of accepting its mistake and trying a different approach, the government continues to cling to its discredited strategy of dishing out sex advice, pills, and condoms.”

A study on the impact of the UK’s policy of handing out free emergency contraception to teenagers as young as 16 found that this plan not only did not reduced teen pregnancy rates but led to a rise in sexually transmitted diseases.

The study of the government’s Teenage Pregnancy Strategy, titled “The Impact of Emergency Birth Control on Teen Pregnancy and STIs,” compared areas of England where the morning-after pill was available to teens free of charge with areas where the plan had not yet been introduced.

The researchers found that pregnancy rates for girls under 16 remained the same in both areas, while the rates of sexually transmitted diseases increased by 12 percent in those areas where the pill was made freely available.

“Studies demonstrate that parents who promote abstinence and have a history of open communication with their children are successful in delaying sexual debut,” said Dr. Michelle Cretella, vice president of the ACP.

He explained that sexual activity releases chemicals in the brain that create emotional bonds between partners and that breaking these bonds can cause depression and make it harder to bond with someone else in the future.

“Clearly, sexual abstinence is the only way to guarantee optimal sexual and mental health for adolescents,” Dr. Cretella said.

“The promotion and distribution of condoms and contraception by physicians undermines the authority of parents and the strength of the abstinence message. Instead, parents and physicians must work together repeatedly offering clear, firm guidance regarding how to attain optimal health while maintaining emotional warmth and connection,” Dr. Cretella concluded.

Scientists: Hormonal contraceptives may alter behavior; widespread use could lead to ‘significant consequences for society’