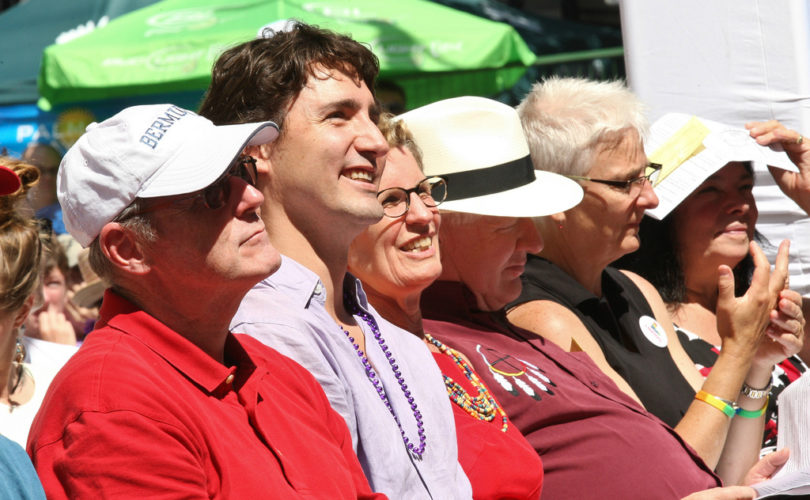 TORONTO, February 20, 2015 (LifeSiteNews.com) — The Ontario Liberals’ controversial sex-ed curriculum will be “posted on the ministry of education website for all to see within weeks,” and “it will be rolled out in classrooms in September 2015,” Premier Kathleen Wynne announced February 18.

Responding to criticism by Conservative MPP Monte McNaughton during question period, Wynne made it clear the consultation process is “complete.”

Minister of Education Liz Sandals reiterated the premier’s statement later that morning, telling the Toronto Star that the curriculum will not be altered once published.

McNaughton, Lambton-Kent-Middlesex, lambasted the Liberals’ “so-called consultation process,” saying thousands of parents told him it never happened. Moreover, by order of the minister of education, Liz Sandals, the consultation process was clearly “never going to happen.”

About 4,000 parent council chairs across Ontario received an online questionnaire, which they were “encouraged” to complete “independently,” effectively excluding parents, McNaughton said. He demanded of the premier: “When are you going to start respecting the role of all parents in the education of their children?”

Wynne responded by declaring Ontario’s health and physical education curriculum is “dangerously out of date,” and that “kids need information.” The curriculum has not been revised since 1998, and “the update has to happen.”

Accusing McNaughton, who is running for leadership of the Progressive Conservatives, of “fearmongering,” Wynne wondered if his comments had to do with his campaign or “with small group of people who want to stir up fear about the reality that kids need information.”

Wynne repeatedly insisted that kids need information, and “we want to make sure they get the right information.”

“They need to understand how human beings relate to each other and they need to get that information based on science,” she declared. “That’s what the curriculum will do and it will be available very shortly on the website.”

Concerned parents will protest against the sex-ed curriculum on February 24 at the Ontario legislature in Toronto beginning at 11:00 a.m. For more information, see the Facebook page here.