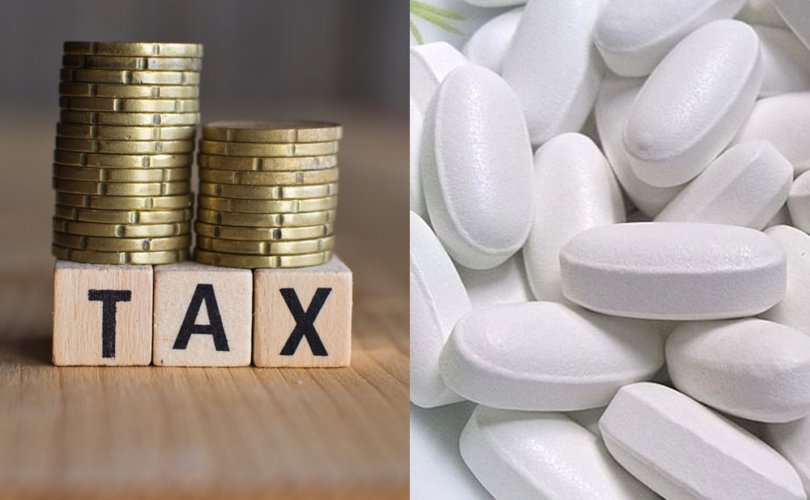 TORONTO, May 1, 2017 (LifeSiteNews) — The Ontario Liberal government’s new budget has taxpayers footing the bill for a deadly pill that is administered to pregnant mothers who want to abort their pre-born children.

Finance Minister Charles Sousa said in a budget speech Thursday that taxpayers will pay for the abortion drug Mifegymiso, or RU-486.

Critics are calling the move a “vote-buying” gimmick that shows how morally bankrupt the Liberal government has become.

Jack Fonseca of Campaign Life Coalition called it “absolutely outrageous” for a government to force taxpayers to pay for a pill that targets human life.

“This is so stunningly disrespectful to human life,” he said.

“There was once a time when Liberals pretended that they cared about human life. To appear balanced, they would say abortion was a very serious issue, and it should only be ‘safe, legal and rare.’ Now we have Kathleen Wynne Liberals giving it out literally like candy to whoever wants it,” he said.

Fonseca said that the budget is “intended to buy votes.” He said it reveals just how anti-life the Liberal government has become.

“This is going to increase the number of children killed by abortion. Pro-life people and religious leaders need to really rail against the Liberal government for this outrage against life,” he said.

The abortion pill was approved for use in Canada in January. Ontario is now the third province to make taxpayers pay for it, following Alberta and New Brunswick.

Pro-life advocates have long warned that Mifgymiso, or RU-486, poses a danger to the mother, as well as being lethal for the preborn child. Campaign Life launched an education campaign #RU486RUCrazy in March which documented the hazards of the two-drug combination.

Jakki Jeffs of Alliance for Life Ontario told LifeSiteNews that popping a pill to have an abortion is not as simple and carefree as it at first sounds.

A six-year study in Finland of over 40,000 women found that chemical abortion had four times the rate of “adverse events” when compared to surgical abortion. The study concluded that women who are seeking “early abortion” should know that “medical termination is associated with a higher incidence of adverse events.”

Jeffs criticized the Liberal government for making taxpayers pay for the morally controversial and dangerous drug.

She called it “staggering” that the Federal Common Drug Review’s “expert panel” recommended provinces pay for the abortion pill based on a few studies of a few thousand women when there are larger studies showing just how dangerous the drug is.

“The mother will obviously bear the cost to her health as well as the cost of knowing she ended the life of her child,” she said.

The budget also included a tax credit for fertility drugs for couples using in-vitro fertilization techniques to conceive a child. In 2015, the Liberal government began funding one round of IVF procedures.

Fonseca said that while using IVF techniques to conceive can result in “bringing a child into the world,” it also results in killing them.

At least six human embryos are created for every one that is successfully implanted in a woman’s womb, and these tiny human beings are destroyed, discarded, or indefinitely in a frozen state, he noted.

Jeffs criticized the Liberal budget for increasing the subsidization of IVF.

“Can you see the Ontario government funding any other process that failed approximately 75 percent of the time?” she added.

The new budget also has taxpayers covering prescription drugs for Ontarians up to age 24, beginning in 2018.

Both Fonseca and Jeffs expressed concern over the implications of the Liberal government providing drugs for young Ontarians.

This “raises questions about what this will mean for children of any age being able to get contraceptives without parental knowledge,” said Fonseca.

And “setting aside the very serious moral problems,” he said, this will be “bad for Ontarians” because it will inevitably necessitate higher taxes and will “bloat the bureaucracy.”

“Why would young people 24 and under receive free drugs, unless of course, it's to make sure that there are no barriers to their accessing contraceptives, the morning after pill, and Mifegymiso at any age,” she said.

Fonseca commented that only out of the “Liberal handbook to winning elections” does one find the  strategy of funding abortion pills, giving tax-credits for IVF, and giving free drugs to the young.