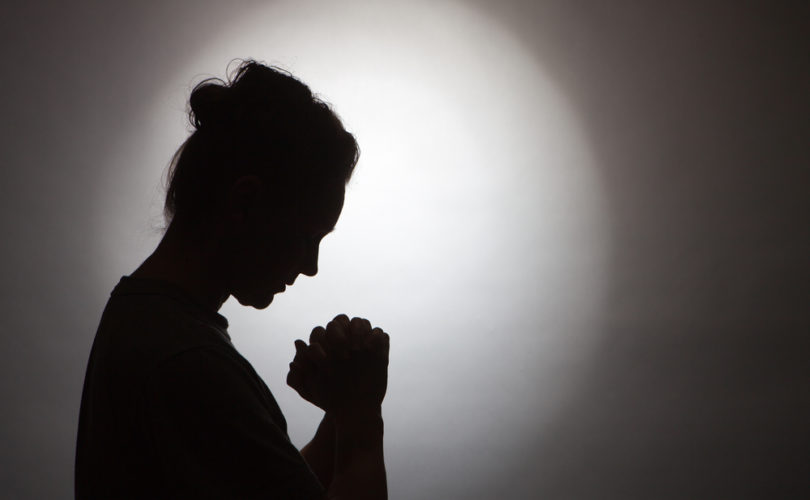 April 2, 2014 (LifeSiteNews.com) – A teacher substituting in numerous Ontario Catholic schools over the last decade says parents have little to no idea about what their children are actually exposed to when they send them packing off to school every day.

“I often see things that aren't appropriate or even remotely reflective of solid Catholic teachings,” the teacher told LifeSiteNews under condition of anonymity. “There are many situations I come into contact with while supplying in 10 different Catholic schools and some of them are pretty anti-Catholic and discouraging.”

One included a grade 10 religion teacher telling students that the Blessed Mother was not a virgin and had other children. “When challenged on this, the teacher claimed that it was right from the Catechism of the Church — he just couldn't put his finger on it — and that he had been teaching this for over 20 years.”

“How sad. How many of our youth had he already led astray? This teacher also informed me that in the past, a couple of other parents had confronted him about this ‘virgin-thing’ but that he had ‘straightened them out,’” the substitute teacher said.

Another incident involved a grade 9 health teacher who supplied a list of “great and helpful websites” for young people with abortion provider Planned Parenthood topping the list.

One disturbing incident had a rather happy ending. The teacher said:

This beautiful little girl from a Kindergarten class where I was supply teaching, came to me in tears to report that her male classmate was calling her bad names that she didn't like and he wouldn't stop. He was repeatedly chanting ‘sexy lady’ to her.

The substitute took the boy aside to explain “this was not a nice thing to say,” but did not ask him where he had picked up the phrase.

Prior to lunch that same day, a teaching assistant entered the room to begin the children’s exercise program, turning on some loud music with a fast dance beat for the children.

“A few minutes into the music the words ‘you sexy lady’ came through loud and clear,” the substitute said.

The substitute immediately clicked the music off, which upset most of the children. But the substitute soon had the kids laughing as they sang Old MacDonald's Farm imitating animal actions.

When the substitute later asked the assistant about the choice of ‘sexy lady,’ the assistant responded that the classroom teacher had been using it for months and that it was one of the children’s favorites.

About a month later, the substitute was teaching in a Grade 3/4 class in the same school. Extreme cold temperatures kept the children inside during recess. Loud dance music was blasted over the PA system to give the children a beat to exercise to.

“I was so disappointed to hear ‘sexy lady’ resounding through the halls and classrooms and to see some children dancing rather suggestively to it.”

“After recess, I asked the children if there were any songs which were inappropriate. Both the girls and boys had no problem recognizing what song it was but the comments were: ‘I don't want to say the bad words. ‘I’m too embarrassed to say it because they aren't nice words.’ ‘My parents wouldn't let me listen to that song at home.’ ‘I’m not allowed to use that word.’”

“I asked them what could be done about this. They said that maybe I could talk to the people who chose the music. They expressed that they would feel better if that song was never played again at school.”

“This was a lovely class. The children possessed such innocence and sweetness. ‘Out of the mouth of babes’ was all I could think.”

The substitute decided to bring the children’s request to the principal where the substitute expected to encounter “disinterest or excuses.”

“I was ready for the principal to inform me (as I have been often told before) that ‘we live in the real world and can't hide behind Catholicism, that the Catholic environment of the school is the best place for the children to be exposed to these negative but prevalent evils in our society, etc.’”

The substitute was surprised when the principal agreed that the music was inappropriate and would not be played in the school again.

“It all comes down to people who should know better (parents, teachers, etc.) robbing children of their innocence and exposing them to things that even adults should not be exposed to. What are they thinking? Well, obviously, they are not…. and that’s where a lot of problems begin.”

“Yes, we are ‘in a battle’ not only in our society but, unfortunately, in our Catholic schools. What I find disturbing about the schools, however, is that because they operate under a guise of being ‘Catholic,’ many parents are unsuspecting or just indifferent.”

The teacher said that there are “positive things” in Catholic schools such as a “Rosary Club” and a “Stations of the Cross activity,” but “one has to be vigilant.”

“The heresies I have encountered aren't always blatant.”

In the end, the substitute teacher says, schools will only be as ‘Catholic’ as the Catholics running them.

“I believe that a big part of the problem is that many teachers do not know the treasures and teachings of our faith and/or are not practicing Catholics. Catholic education is really only as Catholic as those who are right there with the students teaching them day after day.”