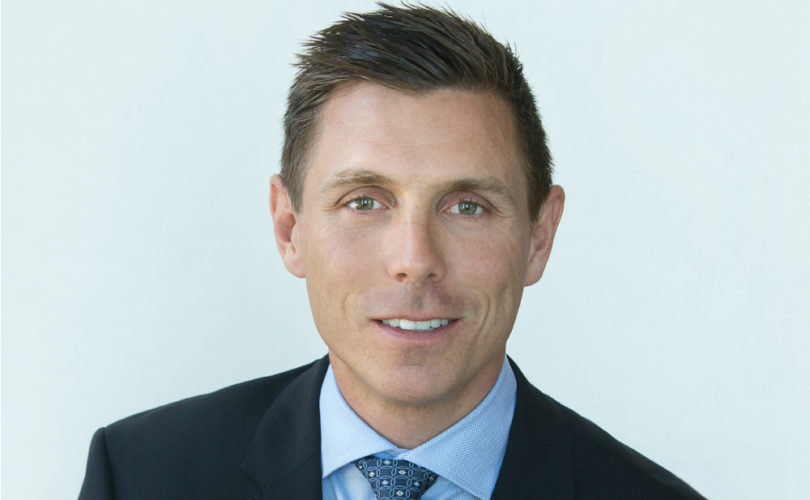 TORONTO, ON September 4, 2015 (LifeSiteNews) – In a close-to-repeat performance of his landslide win for leadership of the Progressive Conservative Party just four months ago, Patrick Brown sailed to victory Thursday in the Simcoe North byelection.

The seemingly indefatigable campaigner secured 53.7 percent of the vote in a traditionally conservative seat held for the last 16 years by Tory MPP Garfield Dunlop, who resigned this summer so Brown could run.

Brown beat out Liberal candidate Fred Larsen and NDP candidate Elizabeth Van Houtte in a byelection that CBC reported had a voter turnout of 40.9 percent.

The win gives him a seat at Queen’s Park in time for the legislature’s fall session, which begins September 14.

“We congratulate him on his impressive showing in Simcoe North and he has proved again his ability to rally grassroots support as he did in the leadership race,” noted Jeff Gunnarson, vice-president of Campaign Life Coalition.

“Patrick Brown and the PC Party must now join their voices with the hundreds of thousands of Ontario parents who condemn the sex-ed curriculum that Premier Kathleen Wynne and her Liberal party has stuffed down our throats,” Gunnarson added.

Those mini-rallies revealed “overwhelming” community support for sex-ed opponents in all ridings where they took place, “as measured by the steady stream of supportive honks and thumbs up from drivers and pedestrians going by, seeing their signs.”

“Protest leaders in each riding have been reporting that there was almost NO negative feedback from the community,” Fonseca added.

Fonseca pointed out that Tory MPP Monte McNaughton brought an 185,000-name petition to repeal the curriculum to Queen’s Park in June on behalf of the grassroots coalition against the sex-ed curriculum, Canadian Families Alliance.

That, and the September 2 province-wide rallies, which Fonseca says were the “biggest provincial protest in Ontario’s history,” clearly shows Brown “that repealing the irresponsible Liberal program is a win-win for the PCs, or a ‘win-against-Wynne’, depending how you look at it.”

Following his rise to PC Party leader on May 9 – with the help of CLC – Brown has raised eyebrows and concerns in social conservative quarters by appearing front and center behind the banner of LGBTory in the first Conservative contingent to march in Toronto’s Pride Parade.

He has also made statements distancing himself from his pro-family voting as a federal MP for Barrie, giving rise to further concerns with social conservatives.

During the leadership race, Brown’s sole rival, former Whitby-Oshawa MPP Christine Elliott, targeted him as a frighteningly rightwing contender whose “ideological rejection of a modern and inclusive Ontario” boded ill for the PC Party.

And as John Robson noted in the National Post, pundits “erupted” in a “two-minute hate toward social conservatives” after Brown won the Ontario Tory leadership, warning the newly minted leader to keep his distance from “socon zealots.”

In Brown’s most recent controversy, the NDP allege that he broke Ontario election rules by running an attack ad against Wynne in the Orillia paper the day before the byelection.

Brown has stated publicly he is opposed to the Liberal sex-ed curriculum, telling parents at a sex-ed protest at Queen’s Park in February that “only parents can decide what is age appropriate for their child.”

And he assured supporters after his win that his election as MPP “means we are one step closer to getting rid of Kathleen Wynne and her Liberal Government and have the opportunity to have a Premier from Simcoe County.”

“I’ll work as hard as I can for change in our Party and province,” Brown told supporters in a victory email. “It’s time to win again.”