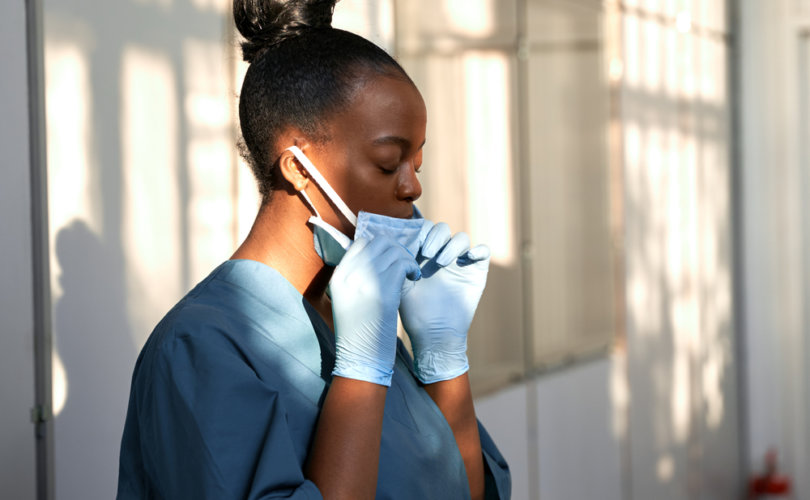 TORONTO (LifeSiteNews) — Ontario Premier Doug Ford announced that his conservative government will not mandate the experimental COVID-19 vaccines for workers in the province’s healthcare sector.

In a statement issued this afternoon, Ford stood in defense of the individual autonomy of healthcare workers in his province by announcing that he will not mandate they receive the jab to keep their jobs despite pleas from the Ontario COVID-19 Advisory Science Table to do so.

Although Ford announced that he will not mandate the vaccine for all healthcare workers at the provincial level, he did maintain his previous stance that he will allow individual hospitals and places that offer healthcare services to mandate the shot for their workers if they want.

“Having looked at the evidence, our government has decided to maintain its flexible approach by leaving human resourcing decisions up to individual hospitals,” the politician stated. “The experience in other Canadian jurisdictions tells us that implementing a province-wide vaccine mandate for hospital workers can negatively impact the care patients receive.”

Critical of Ford’s Wednesday decision is the Ontario COVID-19 Advisory Science Table, which has consistently called on him to implement even more stringent pandemic measures despite the government’s installation of a vaccine passport for “non-essential” businesses in September, and the almost two-year long indoor mandatory masking policy still in effect province-wide.

According to the table of advisers, mandating that medical professionals such as doctors receive the shot or lose their jobs, is an “evidence-based policy that protects Ontarians.”

Despite the table’s claim, there has yet to be any evidence produced in clinical trials that proves vaccinated individuals cannot spread COVID, or that unvaccinated people pose more of a risk when it comes to transmitting the virus compared to vaccinated people.

Further, all available COVID-19 vaccines are experimental, with clinical trials not set for completion until 2023.

Last week, this same table of scientists recommended the use of information campaigns and vaccination clinics in schools to increase the jab rate among children as young as five once the practice is “approved” by Health Canada.

“Increasing COVID-19 vaccine acceptance and uptake in children and youth will help allow them to continue safely returning to pre-pandemic activities by reducing transmission, hospitalizations, and severe outcomes,” the government’s advisers wrote in a report released on October 26.

“The communications should address misinformation and foster positive attitudes to vaccination,” they added. “The imagery shouldn’t be focused on needles, rather on the benefits, such as protecting grandparents, keeping schools open and participating safely in recreational activities.”

Just a month before the Science Advisory Table’s report pushing the experimental shots on kindergarten-age children, a 17-year-old Ontario boy died shortly after receiving the jab.

Sean Hartman, 17, from Beeton, Ontario is said to have suffered from “multiple” health problems “immediately” after the jab, including myocarditis. He received the COVID jab in order to be able to play hockey in an arena where the shot is required for entry. He died on September 27 from a heart attack.

The uptick in “sudden” and “unexplained” deaths in young people shortly after being vaccinated with the novel shots has become such a concern in Ontario that independent Member of Provincial Parliament Randy Hillier wrote a letter to the Ontario Provincial Police last week urging them to investigate the matter.

“I am obligated to bring to your attention a series of tragic deaths and injuries of otherwise healthy individuals throughout the province of Ontario that have occurred under questionable circumstances in recent months,” the politician wrote.

“To knowingly continue to allow unexplained deaths without investigation is nothing short of criminal negligence by omission and deception. It is becoming increasingly clear that these vaccine products are neither as safe nor effective as advertised by governments and the media, nor were they necessary.”