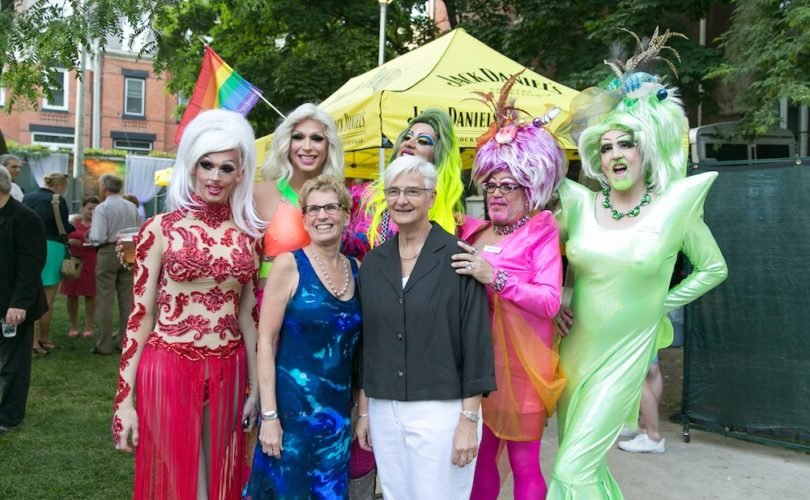 TORONTO — Ontario’s first elected homosexual premier said earlier this week she will continue to “push” for acceptance of homosexuality in the province’s Catholic schools.

Premier Kathleen Wynne made the comment in a video interview with homosexual news service Daily Xtra on Tuesday, the same day she was sworn in as the 25th premier of Ontario at Queen's Park in Toronto.

“We have to build this inclusion together. I think that starts with the education system.”

On the video, Daily Xtra’s Margaret Webb said to Wynne, “Now we have a premier of a province whose publicly funded [Catholic] school board doesn’t recognize your relationship or your family. How do we move forward on that?”

She praised the Ontario English Catholic Teachers Association for deciding, despite criticism from Cardinal Thomas Collins, to march in the WorldPride parade this weekend. “I think it’s very important that teachers see themselves reflected in their organizations and in our curriculum,” she said.

The premier expressed pride in the “equity” policy that she helped spearhead as the Liberal government’s former Minister of Education. According to Wynne, children now have an “absolute” right to form homosexual-themed clubs in all schools, including Catholic ones, under the name gay-straight alliance.

Homosexual activists in the United States began promoting the “safe schools” strategy in the early 1990s as a way of gaining widespread acceptance for their ideas.

Kevin Jennings, founder of the Gay, Lesbian Straight Education Network (GLSEN) and currently an Obama administration education official, outlined the strategy in a 1995 speech. He said the movement would only be publicly accepted by linking it to “universal values” like “safety” that everyone in the community has in common.

“This framing short-circuited their arguments and left them back-pedalling from day one,” said Jennings. “[N]o one could speak up against our frame and say, ‘Why, yes, I do think students should kill themselves.’ This allowed us to set the terms for debate.”

While there is no “inclusion” specific legislation coming forward at this point, said Wynne, all future legislation will be developed through what she called the “lens” of “equity.”