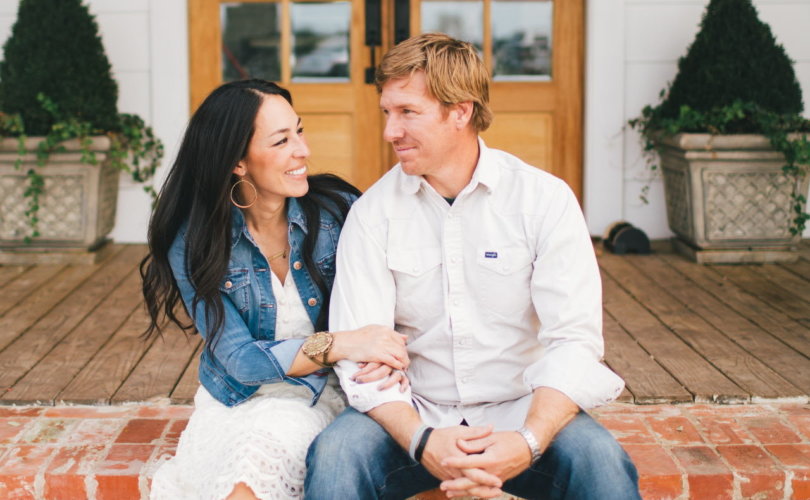 December 1, 2016 (LifeSiteNews) – An openly gay man who is about to “marry” another man has come to the defense of HGTV stars Chip and Joanna Gaines, who are in the crosshairs of the LGBT lobby because of their pastor's beliefs about homosexual behavior.

Writing for The Washington Post, Brandon Ambrosino explained that he and his partner are currently planning their “wedding” and have heard from a few friends and family members who can't attend such a ceremony in good conscience. Although this “hurts me deeply,” Ambrosino wrote, “I do not think these conservatives should be shamed or mocked.”

Ambrosino blasted the recent Buzzfeed piece on Chip and Joanna, which “exposed” their pastor as holding the traditional Christian view that marriage is between a man and a woman. The Buzzfeed article noted that Chip and Joanna's beliefs on marriage and homosexuality aren't public, and wondered if they would serve a hypothetical gay couple on their show.

“Two popular celebrities might oppose same-sex marriage because the pastor of the church they go to opposes same-sex marriage, but I haven’t heard one way or the other,” is a “non-story,” Ambrosino wrote, and “I can’t imagine pitching that story to an editor and getting a green light.”

“A few years ago, gay activists decided the best way to win arguments in favor of same-sex marriage was to shut up their opponents,” Ambrosino wrote. “All they had to do was lob a charge of homophobia and the argument was won. Or they tweeted at the companies that employed the 'homophobes' until they were fired.”

Nevertheless, Ambrosino noted that at least four out of ten Americans are “not on board” with same-sex “marriage.”

“Is the suggestion here that 40 percent of Americans are unemployable because of their religious convictions on marriage?” he asked. “That the companies that employ them deserve to be boycotted until they yield to the other side of the debate — a side, we should note, that is only slightly larger than the one being shouted down?”

Ambrosino noted the irony of how Buzzfeed is at the “forefront” of discussions about “diversity in entertainment.”

“Does ideological diversity count for nothing, especially when it is representative of, again, a sizable chunk of the American public?” he asked.

“As a community, LGBT people did a terrible job of settling the issue of same-sex marriage from a political, ethical and logical standpoint — and now the issue is back to haunt us,” he concluded. “BuzzFeed can’t argue that the same-sex-marriage issue is ethically settled, because it isn’t for a sizable population of our country and our world. It is no longer okay — indeed, it never was — to write cutesy articles shaming religious people as homophobic for simply being one of the many millions of Americans in 2016 who attend a religious congregation that does not support same-sex marriage. That is not a good move for activism or journalism.”