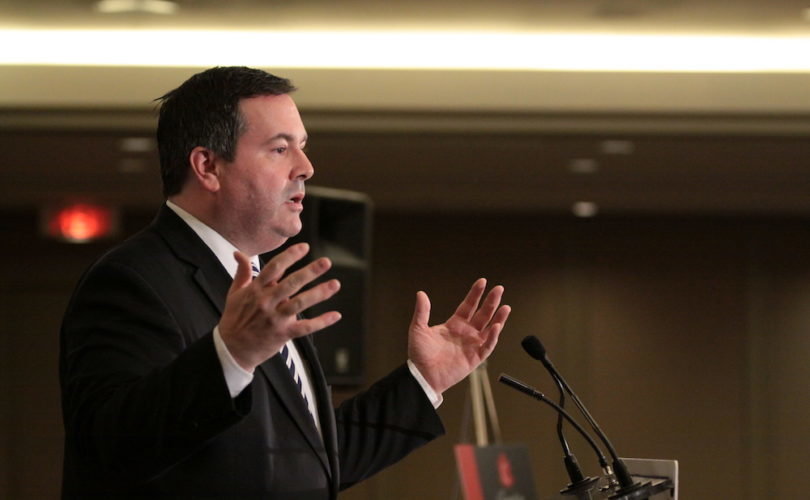 The Canadian Club of Toronto

While Tory and Wildrose politicians steered clear of commenting on the NDP’s allegations of financial misconduct against Trinity Christian School and WISDOM Homeschooling, they decried the way in which Education Minister Dave Eggen handled the situation.

Eggen announced at an October 25 press conference he had shut down Cold Lake-based Trinity Christian School, for alleged financial mismanagement and for contracting its homeschooling operations out to Derwent-based WISDOM, in an alleged contravention of the law. The minister said he has referred the matter to the RCMP and the Canadian Revenue Agency for investigation.

Several parents of the 3,500 children registered with Trinity complained publicly of the shock of the NDP announcement, stating they heard the news through robocalls.

“I have heard from a number of families blindsided by the Government’s announcement,” noted Jason Kenney, candidate for the Progressive Conservative Party leadership, in a Facebook post.

“I find it hard to understand why Minister Eggen did not at least attempt to make provisions for independent third party management of the school and the association to ensure continuity for students while addressing the government’s concerns on the use of public funding,” added Kenney.

“Parents are now forced into an extremely difficult position of trying to find an acceptable replacement program for their children while the school year is well underway,” stated Kenney.

“What’s more, parents have expressed frustration with the lack of answers to their very legitimate questions regarding the future education of their children.”

He called on the NDP government to “safeguard the principle of school choice, which the Universal Declaration of Human Rights calls a ‘prior right’ of parents.”

“I understand that the government has an obligation to ensure the responsible administration of tax dollars, and any allegation of financial irregularities should be treated seriously,” Kenney noted.

“I also hope that the Government takes this opportunity to reinforce support for Alberta’s successful tradition of school choice, which includes support for home-schooling, independent schooling, charter schools and quality public schools.”

“Many families are asking why the minister did not take interim measures that would have allowed them to avoid the confusion created by yesterday’s announcement,” Smith noted in a press release, adding that Wildrose, as official opposition, will “advocate for all students impacted and ensure the model of education parents have chosen for their children remains available to them.”

WISDOM announced Thursday it intends to fight the NDP government allegations in court.