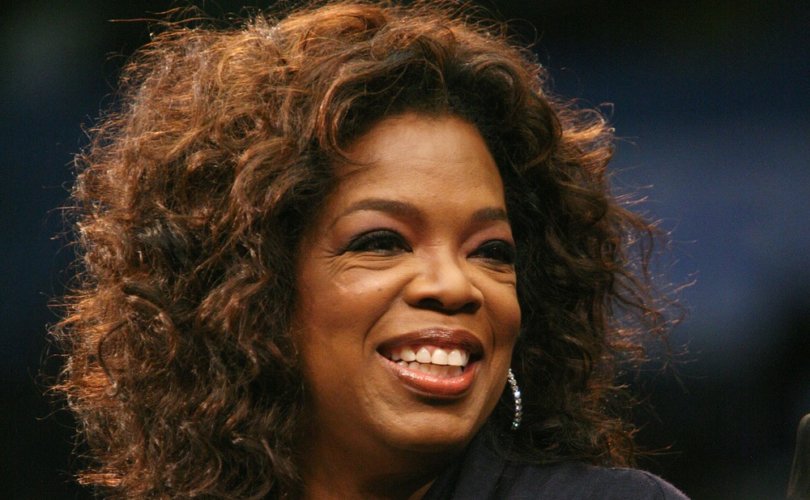 August 22, 2018 (LifeSiteNews) – Entertainment icon Oprah Winfrey devoted an article to the founder of the “Shout Your Abortion” movement in the latest issue of her magazine.

“How One Woman Became an Activist With the Hashtag #ShoutYourAbortion,” by Amelia Bonow in the July 2018 issue of O Magazine, details how Brown found herself “sitting on my couch crying” in 2015 after hearing that the U.S. House of Representatives had voted to defund the Planned Parenthood abortion giant (a measure that ultimately failed).

She responded with a Facebook post detailing the “nearly inexpressible level of gratitude” she felt over her own abortion, which inspired friends to begin sharing their own abortion stories. That, in turn, led to her friend Lindy West tweeting the post with the hashtag #ShoutYourAbortion, which went viral.

“Anti-choice politicians have dominated the dialogue because many people think they don’t know anyone who’s had an abortion,” Bonow writes in O Magazine. “But the more of us who speak out, the clearer it becomes that all sorts of people have abortions, including people you love.”

The mainstream media and numerous pro-abortion commentators and activists hailed #ShoutYourAbortion as an innovative movement that would revolutionize the abortion debate, claiming that the pro-life movement was largely dependent on ignorance of abortion seekers’ perspectives and experiences. In fact, similar pro-abortion projects have been attempted since (at least) 2003, with little impact on public opinion.

By contrast, pro-lifers have collected the personal stories of women who regret their abortions just as long, via groups such as LifeSiteNews, Silent No More, Rachel’s Vineyard, After Abortion, and Abortion Recovery International. Abortion advocates often claim abortion regret is a myth.

Through her talk show, books, magazines, and various other media ventures, Winfrey has acquired a reputation as a pop culture icon who transcends political lines. At CNS News, Craig Bannister notes that Winfrey’s magazine media kit boasts 10 million readers, 2 million social media followers, and 4 million unique website visitors, and claims to reach one out of every thirteen women in America.

Winfrey is a longtime supporter of Democratic politicians and left-wing causes, however, including abortion and homosexuality. In 2011, she told CNN that she felt “relief” when her preborn baby miscarried during a teenage pregnancy, which gave her a “second chance.”