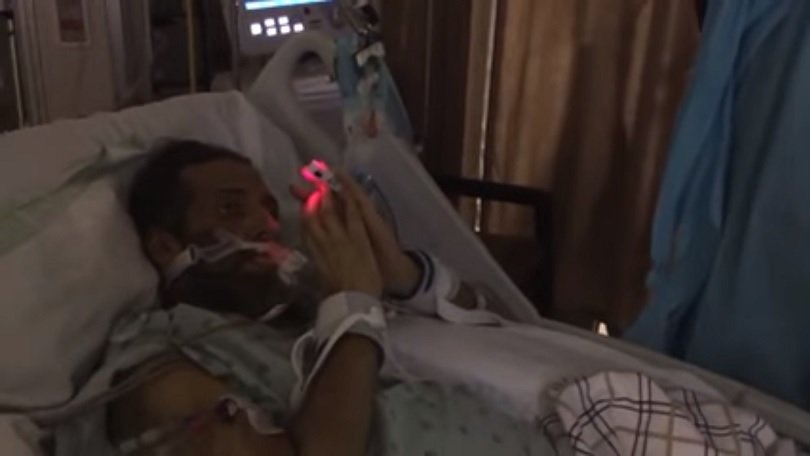 HOUSTON, March 21, 2019 (LifeSiteNews) – Oral arguments are underway over the constitutionality of a Texas law that pro-life critics say gives doctors unmatched discretion to end patients’ lives regardless of their wishes.

At issue is the 1999 Texas Advance Directives Act’s (TADA’s) process for resolving disputes between doctors and patients (or patients’ representatives) regarding whether to continue or withhold life-sustaining treatment.

“The steps laid out in the law involve the doctor’s notification of his refusal to the patient or the surrogate, the rules for assisting with the transfer of care to another doctor who believes the treatment request is appropriate, and asking for a medical or ethics committee to be convened at the hospital,” explained Texas Alliance for Life, which supports TADA as an “attempt to balance” patients’ wishes and physicians’ medical judgment. “If no other willing doctor can be found and the committee agrees with the doctor, the treatment can be withheld or withdrawn (after 10 days).”

But while the Alliance has gone so far as to oppose various changes to TADA that “may force physicians and other health care providers to perform interventions indefinitely,” and even filed an amicus brief in defense of the law, other pro-lifers argue TADA’s “balance” is overwhelmingly in hospitals’ favor. They argue that these ethics panels have little transparency and no appeal process, and that a patient doesn’t actually have to be terminally ill to fall under their judgment.

“The hospital is supposed to decide what's in the best interest of the patient, but too often these panels are made up of hospital staff, giving rise to a conflict of interest,” Church Militant noted. “Hospitals know it costs them many thousands of dollars a day to keep uninsured patients alive.”

The current suit is being brought by Evelyn Kelly, whose son, Chris Dunn, was a former EMT and Homeland Security employee taken to Houston's Methodist Hospital in 2015 for a mass on his pancreas and renal failure. After seven weeks of hospitalization, he started spitting up blood and was put on a breathing tube and heavy sedation. Doctors decided to stop treatment as futile, which his mother resisted.

Dunn’s case garnered national attention in 2015 when a viral video showed him alert and pressing his palms together in prayer in response to a question whether he wanted to live. Kelly and Texas Right to Life eventually got an injunction against withdrawing care, and Dunn died peacefully a month later.

“I didn’t file this lawsuit for money. I filed this lawsuit to destroy this law, and it is an evil law,” Kelly told Church Militant. “When they found out that he didn’t have any insurance, they were finished with him. They did not give us 10 days. Now they have to give you 10 days, these ethics committees have to give you 10 days, and then they can come in and do whatever they want to, to a patient.”

“Criminals in Texas on death row have more rights than Texas patients in hospitals,” Kelly’s attorney, Joe Nixon, declared. “The only requirement for a doctor to withdraw treatment is that he disagrees that treatment ought to be provided (…) This statute allows every hospital in Texas to form a nameless, faceless committee to decide to terminate life-sustaining care without any standard of medicine being applied, without any record of their decision, and without any right of appeal of the patient.

“It is shameful that Texas has this statute,” he continued, “and it’s even more shameful that courts are allowing hospitals to apply this statute to terminate the life of people who want to live, simply because the doctor says, ‘I don’t want to care for them anymore.’”

“The bill would allow physicians and hospital committees to transfer a patient while respecting the decision to maintain life-sustaining treatment until the patient can be safely transferred to another facility,” the group wrote in a letter signed by leaders of the National Right to Life Committee; Texas GOP; Texas Eagle Forum; Concerned Women for America; Terry Schiavo’s brother, Bobby Schindler; Corpus Christi Bishop Emeritus Rene Henry Gracida, and more.

However, one major organization still defending the law is the Texas Conference of Catholic Bishops, which Church Militant reported filed a friend-of-the-court brief on TADA’s behalf and has attacked Texas Right to Life for opposing it.

“When you have many of the Texas bishops voting three, four, 10 times in the last Democratic primaries, so it’s kind of become an arm of the progressives,” Texas Right to Life president Jim Graham responded. “So they are fighting Texas Right to Life on our efforts to defend the right to life of the patient.

“We’ve said, all right, if we have to be the ones that fight this law, we will,” Graham declared.