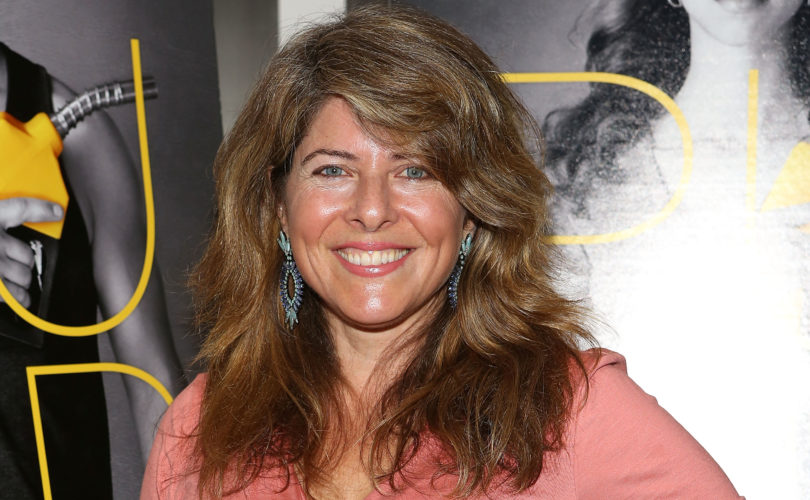 April 13, 2021 (LifeSiteNews) — Liberal author and feminist Naomi Wolf joined conservative radio show host Eric Metaxas to deliver a wide-ranging interview warning about the sinister influence Bill Gates wields across the world, the dangers of vaccine passports, and the disturbing events occurring in Israel, which look to be a precursor for the world if vaccine passports are widely used.

Appearing on the Eric Metaxas show on April 5, Wolf pointed initially to the lack of reasonable debate found in society and the left-wing media, when faced with opinions that challenged the mainstream narrative.

Describing the process of “otherizing,” if one disagrees with the global narrative regarding Joe Biden, COVID-19, or vaccines, Wolf said: “Just to question Biden or China’s influence on the United States, or vaccine fascism, otherizes me into the class of ‘yokels.’”

So predominant is the ostracizing of such “yokels,” Wolf described the attitude of almost wilful blindness from the Left regarding Biden: “If he’s a Democrat then he can’t be taking orders from China for a CCP style system in the U.S.”

With large swathes of society seemingly blind to the dangers contained in tyrannical policies, and alignment with communist China, Wolf warned that “when you believe you’re not capable of evil, that’s when evil comes rushing in the door.”

She compared the current political situation to the rise to power of the Nazis in the 1930s, but observed that the current rise in political tyranny and “bio-fascism” is not limited to one side of the political divide, since a mixture of liberal and conservative governments across the world were “all reading the same sound bites.”

“This is not partisan. This is a directive coming down, probably from a hellish amalgamation of the World Economic Forum and China and Bill Gates, and three or four tech bros going along for the billions, as unwitting assets.”

Wolf described this collaboration between such powerful, but often hidden, global powers as a “global roll out … of a biosecurity state in which the freedoms and liberties of the West will be suspended.”

This curtailing of liberties would be chiefly advanced by the implementation and normative use of vaccine passports, she noted.

This technology would usher in a new medical dictatorship, in which the app and accompanying QR codes would track one’s every movement, along with medical and financial history.

Countries across the world are “all reading the same sound bites,” Wolf pointed to the peculiar phenomena whereby the various countries “all have the same methodology.”

She even commented that “there are white papers that are now in the public domain, that show what the script is. China wants to be the global power in charge of a global bio-fascist regime, so that every medical process has to go through them by the year 2025.”

Indeed, only weeks ago, China lobbied the World Health Organization to become the country leading the way in developing a vaccine passport which could be used across the world.

However, while issuing dire warnings about the state of the world and the imminent loss of freedom, Wolf urged people to take action immediately, in order to prevent the further destruction of society, since once vaccine passports were in use, then it would be too late.

“So the only time to stop the vaccine passport is now, by lobbying state by state, before it can be rolled out. Once it’s rolled out, if you need to swipe your vaccine passport to get into Publix or Walmart, it’ll be very difficult.”

To those who fear suffering repercussions in the workplace due to resisting the globalist policies, Wolf offered words of encouragement, asking them to take a stand, since “if this goes on any further there won’t be a future in which to even have a job. So now is the time to fight back.”