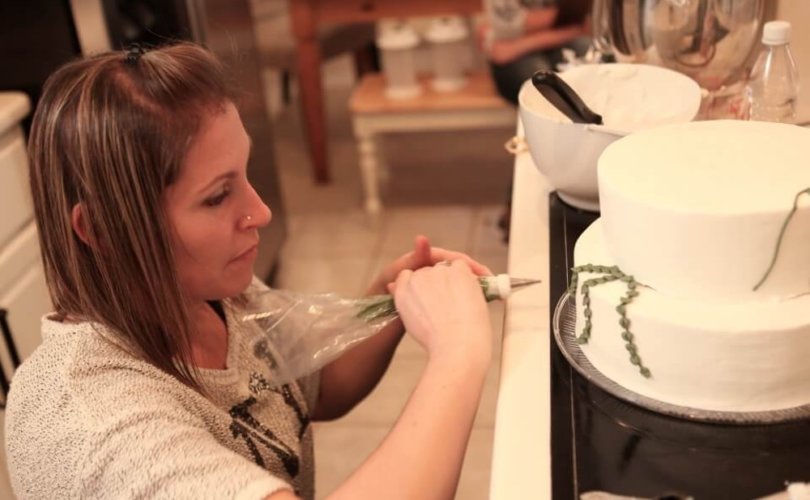 SALEM, Oregon, January 10, 2020 (LifeSiteNews) – Today, the Oregon Court of Appeals again heard oral arguments in the case of Aaron and Melissa Klein, former owners of Sweet Cakes by Melissa. Last June, the Supreme Court of the United States vacated an earlier decision by the state court that effectively forced Aaron and Melissa out of business by penalizing them $135,000 for refusing to create a cake for a same-sex “wedding.”

Their attorneys argue the Kleins should not be forced to create a government-approved message in conflict with their sincerely held religious beliefs.

C. Boyden Gray, former Ambassador to the European Union, and Adam Gustafson of Boyden Gray & Associates are the lead appellate counsel for the case along with First Liberty.

Melissa said, “We welcomed and served everyone in our bakery, but we could not endorse all messages. We lost everything we loved and worked so hard to build. Our hope is that maybe someday we can, once again, reopen our bakery and serve everyone without being forced to celebrate events that conflict with our religious beliefs.”

The Supreme Court sent the case back to Oregon courts for further review in light of Masterpiece Cakeshop, Ltd. v. Colorado Civil Rights Commission. The State of Oregon’s Bureau of Labor and Industries (BOLI) found that the Kleins had violated Oregon’s public accommodations statute after Aaron and Melissa declined to design and create a wedding cake celebrating a same-sex “marriage.” In court, attorneys for the Kleins argued that BOLI’s Commissioner, Brad Avakian, abandoned the constitutional requirements of neutrality, tolerance, and respect when, even before their case even came before him, he spoke dismissively of the Kleins’ religious objections.

In addition to the $135,000 penalty for “emotional damages,” BOLI issued a gag order, limiting the Kleins’ ability to talk publicly about their beliefs. After BOLI’s decision, the Kleins were forced to shut down their bakery.

More information about the case can be found at KleinFacts.com.