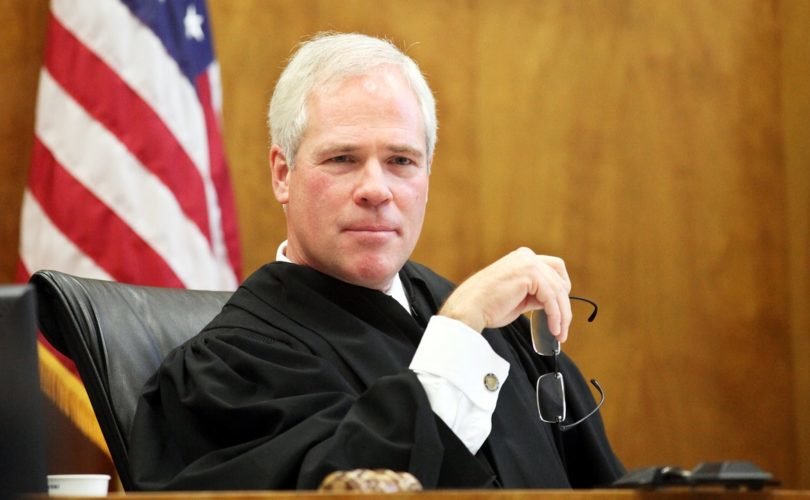 Judge Vance Day faces an investigation even though he is not required to do gay 'weddings.'

MARION COUNTY, Oregon, September 8, 2015 (LifeSiteNews) — An ethics investigation has been launched against an Oregon judge who ordered his staff to recommend same-sex “marriage” requests to other judges, even though he isn't required to perform the ceremonies.

On Thursday, Judge Vance Day’s spokesperson, Patrick Korten, confirmed that Day was being investigated by the Oregon Commission on Judicial Fitness because of his opposition to redefining marriage. While Day has never performed a same-sex “marriage” in his four years on the bench, it was only this past spring that he told his staff to recommend other judges to same-sex couples that request him to oversee “marriage” ceremonies.

In 2014, Day decided to stop doing weddings at all, except for one in March of this year that had been previously scheduled, according to Korten. “He made a decision nearly a year ago to stop doing weddings altogether, and the principal factor that he weighed was the pressure that one would face to perform a same-sex wedding, which he had a conflict with his religious beliefs.”

Day, a former chairman of the Oregon Republican Party, does not perform same-sex ceremonies because of “deeply held religious beliefs” that “he has a right to…under the United States Constitution,” says Korten.

The ethics probe was made public when the Oregon Government Ethics Commission gave Day permission to create a legal defense fund to pay lawyers, reports The Associated Press.

A leading voice for marriage's redefinition in Oregon told The Associated Press that Day's decision “really calls into question how an LGBTQ person could expect to be treated in a court of law.”

“It goes beyond marriage and gets to serious questions about judicial integrity,” said Jeana Frazzini, co-director of the homosexual activist group Basic Rights Oregon.

NBC affiliate KGW reports that judges in Day's county are not required to oversee marriages. There are five active judges, and one retired judge, who are able to perform ceremonies on request.