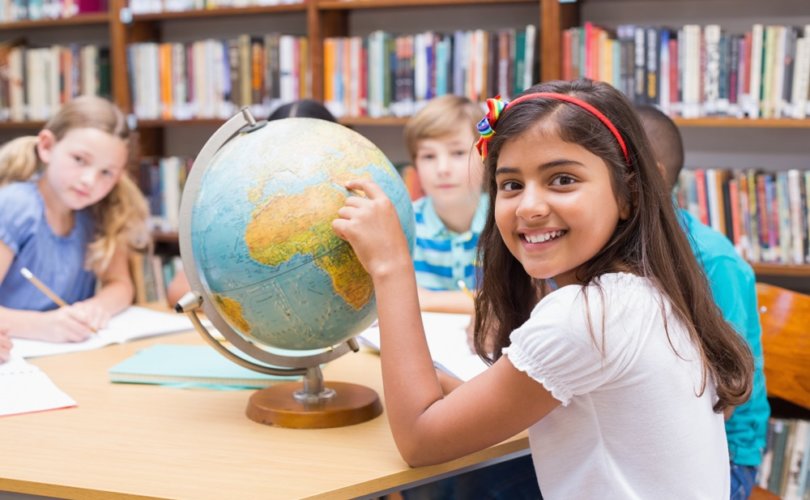 A summary of House Bill 2023 indicates that public school children will be exposed to content regarding sexuality in all courses dealing with civics, economics, geography, government, and history. The “roles and contributions” of historical personages would be highlighted in course-work for their sexuality and gender identities rather than their accomplishments or contributions.

The Family Policy Alliance declared on its website that “teachers will be forced to teach radical identity politics in the classroom, whether or not it has anything to do with the subject being taught.” Furthermore, FPA stated that “history textbooks that do not include mention of sexual identity will be censored from the classroom!”

The summary of the bill states that by September 30, 2026, textbooks and instructional materials for the above courses should include “perspectives of individuals who are of Native American, African, Asian, Pacific Islander, Chicano, Latino or Middle Eastern descent; are women; or are disabled; immigrants or refugees; or are lesbian, gay, bisexual or transgender.” Furthermore, Oregon’s state board of education would be required to review all existing academic content standards no later than the above date to ensure that the bill’s goals are met.

The summary published by Oregon’s legislature cites California as a model to follow when reviewing whether K–12 textbooks reflect the histories and contributions of the identified minority groups. It was noted that California’s board of education adopted historical curricula that “provide[] more detail on Latinos, Filipinos, the United Farm Workers movement, Californian Indians, Chinese and Japanese immigrants, and the challenges these groups faced before and after World War II.” As with the sex education curriculum in the Golden State, there is no available opt-out for students who do not wish to be exposed to the material.

Prof. Bruce Gilley of Portland State University, who presides over the Oregon Association of Scholars (OAS), warned against the legislation. In a May 2019 op-ed in The Oregonian, he wrote that the “certain classifications of individuals” cited in H.B. 2023 “are not defined as the brave, the courageous, the public-spirited, the kind and generous, the innovative, the powerful and influential, the lucky, and the fascinating.” He went on to write that the “already small and shrinking amount of classroom time that students have to learn basic facts” must now be “reallocated according to an ideological entitlement program.” He posited: “Not satisfied with wanting to distribute income, housing, jobs and street names according to the imperatives of the new identity politics in Oregon, legislators now want to redistribute history as well.”

In a summary submitted by the OAS denouncing the bill, the group stated that H.B. 2023 “politicizes the teaching of history and related subjects in Oregon,” “subverts school board autonomy in choosing curricular materials,” “will worsen discrimination and stereotyping in schools,” “turns public education into a political spoils system,” and “will contribute to the decay of excellence in public education in Oregon.”

The brief submitted by the OAS warned that H.B. 2023 is “redolent of Soviet-style rewriting of history according to predetermined pseudo-Marxist categories intended to serve political purposes through ‘mythologized representations’ of certain groups. It has no place in a free society.”

In an interview with LifeSiteNews, Stephanie Curry of the Family Policy Alliance said that in California, textbooks and textbook authors “have been known to speculate about the sexual orientation of historical figures and they tend to slap our modern labels onto people of the past merely to meet these standards in the law.” She said that the harm to children using the textbooks lies attributing the importance of historical figures to their assumed sexual preferences rather than to their contributions to American history.

The Colorado-based Family Policy Alliance is a pro-life advocacy organization that provides tools to citizens who seek to resist the abortion and LGBTQ agendas.

Citizens who wish to respectfully express their concerns to Gov. Brown can do so via the information below, or by clicking this link: Office of Gov. Kate Brown.