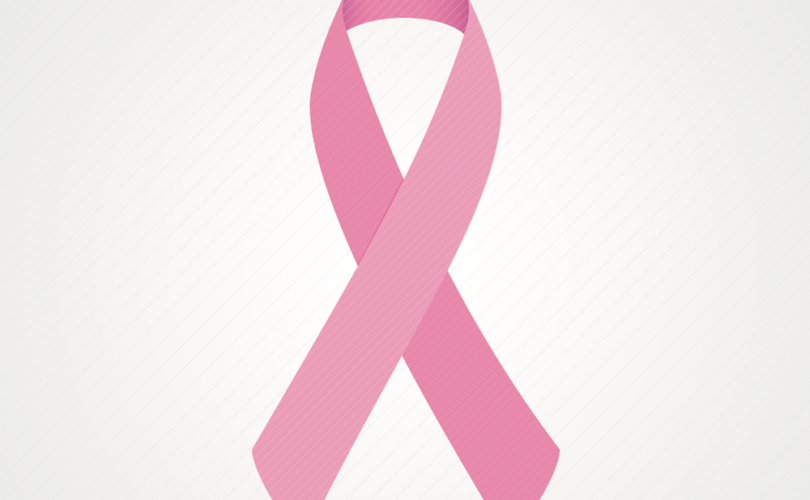 One voice in the chorus of people talking about Breast Cancer Awareness Month this October has a very personal stake in the conversation.

Oregon Right to Life (ORTL) President Gayle Atteberry shared her own recent breast cancer diagnosisand to condemn the hypocrisy of an abortion industry concerned with profit in lieu of women’s health.

Atteberry conveyed the shock she experienced upon learning of her diagnosis.

“My mind bounced from thought to thought, but before much time elapsed, anger welled up inside of me…anger at abortion!” Atteberry wrote on OregonFaithReport.com.

She told the Oregon Faith Report she knew that abortion was not the cause of her cancer, but that women who choose abortion have a considerably greater chance of breast cancer than women who do not.

“My anger grew as I next thought of Planned Parenthood,” said Atteberry. “Who vehemently denies the abortion-breast cancer link, all the while pocketing millions of dollars annually as the nation’s largest abortion-provider.”

Fear, uncertainty, and chemotherapy treatments are all things she said she does not wish on any woman.

“Many factors put women at risk for breast cancer, most of which women are beginning to be made aware of,” said Atteberry. “However, the abortion-breast cancer link is the one risk factor that is covered over for 'politically correct' reasons.”

Atteberry stated in her article that more than 60 epidemiological studies conducted in countries throughout the world show an increased risk of breast cancer in women who have had abortions.

Evidence of the abortion–breast cancer link the world over is available, though still overwhelmingly denied by abortion supporters.

Twelve recent studies in India showed a 554 percent increased risk of breast cancer for post-abortive women. The results are particularly telling, because Indian women are not prone to the major breast cancer risk factors of women in other cultures. They marry early, don’t use the pill, have multiple pregnancies, and breastfeed their babies.

A 2014 scientific review of 72 epidemiological studies on changes in breast physiology due to pregnancy published in Issues in Law and Medicine found that abortion hampers the natural maturation process of milk glands in the breast, causing a significantly greater likelihood that breast cancer will develop later in the woman's life.

Women who have had an abortion are 180 percent more likely to develop breast cancer, according to a 2014 Johns Hopkins study, and another Indian study conducted the year prior found a 626 percent increase.

A 2013 study by All India Institute of Medical Sciences showed a 403% increase for post-abortive women to develop breast cancer, and researchers that same year found an increase in women of Bangladesh of almost 2,000 percent.

Chemical contraception is alongside abortion in being linked to breast cancer, though largely given cover in society as well.

The estrogen-progestogen pill that 10 percent of reproductive-age women globally take has been classified a Group One carcinogen by the World Health Organization since 2005, and the American Association for Cancer Research found earlier this year that contraception increases the breast cancer risk by 50 percent.

The 2014 documentary Sweetening the Pill chronicled how contraception increases women’s chances for cervical cancer and glaucoma, as well as side effects stroke, partial blindness, blood clots, and death.

The abortion-breast cancer link must be added to the list so that women choosing abortion will have full knowledge ahead of time, Atteberry said.

“Abortion has become a 'sacred right,' protected by abortion advocacy groups who would rather protect abortion rights than the women they claim to represent,” Atteberry said. “Women are suffering a tremendous disservice in order to protect the pocket books of abortion providers.”

“We are living in an age proud of its 'full disclosure' for every decision. Should every woman contemplating an abortion be given all the information she needs to make an informed choice?” asked Atteberry. “We certainly owe her that much.”