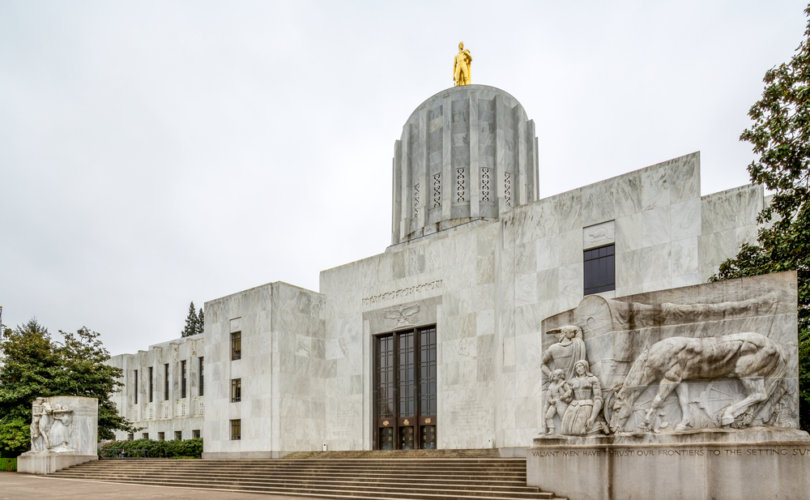 The bill, which passed with 18 Democrat votes in favor and 8 Republican votes against, decrees that any “health benefit plan offered in this state must provide coverage for … Screening and appropriate interventions for … Abortion” as well as “[a]ny contraceptive drug, device or product approved by the United States Food and Drug Administration.”

Until now, the Reproductive Health Equity Act 2017 — which required private insurance plans “to cover abortions with no out-of-pocket costs” — was subject to a mandatory sunset clause after six years. The new HB 4034 exempts the Reproductive Health Equity Act from the 1985 regulation which provided the automatic sunset clause for laws requiring health insurers to provide specific coverage, making the act effective permanently.

Lois Anderson, Executive Director of Oregon Right to Life, criticized that the new bill was granting “broad authority to unelected, unaccountable bureaucrats to push their pro-abortion agenda.” She derided “that this bill was rushed through a short session without dialogue or debate,” and described the process as “frightening.”

Anderson explained that “pro-life advocates sent thousands of emails. Legislators also received hundreds of calls,” but Democrats were slow to respond to the concerns of their constituents.

“We still don’t know what’s being accomplished by the reproductive healthcare portion of this bill,” Anderson warned.