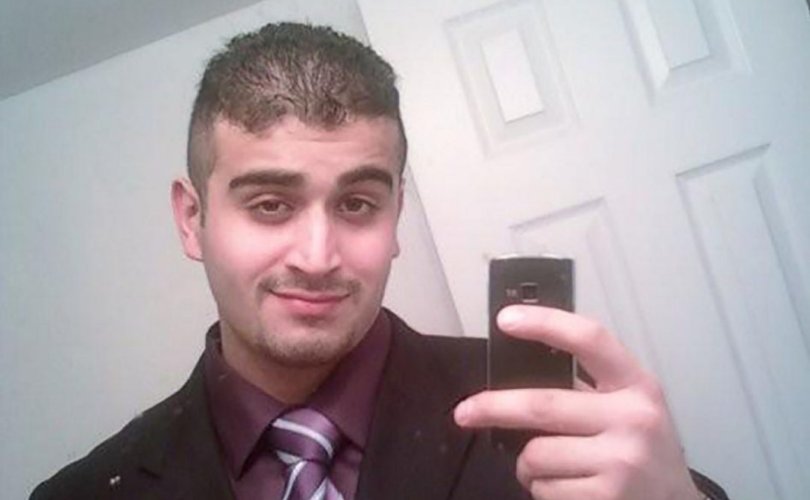 ORLANDO, June 14, 2016 (LifeSiteNews) – The Muslim shooter who killed dozens of patrons in a gay bar in Orlando early Sunday morning was a homosexual, multiple sources have confirmed.

Among those saying the shooter was gay is his ex-wife and a former classmate who said they frequented gay bars together before the shooter asked him to date.

The FBI asked that this not be made public, his ex-wife told a foreign news outlet.

Omar Mateen, 29, killed 49 other people and injured 53 patrons of the Pulse nightclub before dying in a shootout with police three hours later.

But he was no stranger to the club before that. He had visited the club as least a dozen times over the past three years, patrons said.

His ex-wife, Sitora Yusufiy, had long suspected he was homosexual, according to an interview with her fiancé, Marco Dias, on Brazi's SBT Brazil.

“The FBI asked her not to tell this to the American media,” Dias said.

That assessment was corroborated by a onetime classmate in the police academy at Indian River Community College, who told the Palm Beach Post that he and several classmates “went to a few gay bars with” Mateen, whom he believed to be a closeted gay man.

Matten confirmed that by asking him out, he said.

Patrons at Pulse said Mateen had visited regularly enough that they knew him by sight, usually watching as he drank alone until he became loud and unruly.

One of the bar-goers, Ty Smith, dismissed reports that Mateen decided to attack the bar after being disgusted by seeing two gay men kissing “bullcrap…straight-up crap.”

Planned Parenthood blamed the shooting, which is the worst act of terrorism on U.S. soil since 9/11, on “toxic masculinity” and “imperialist homophobia.”

In the wake of Orlando: a love-shaped apologetic