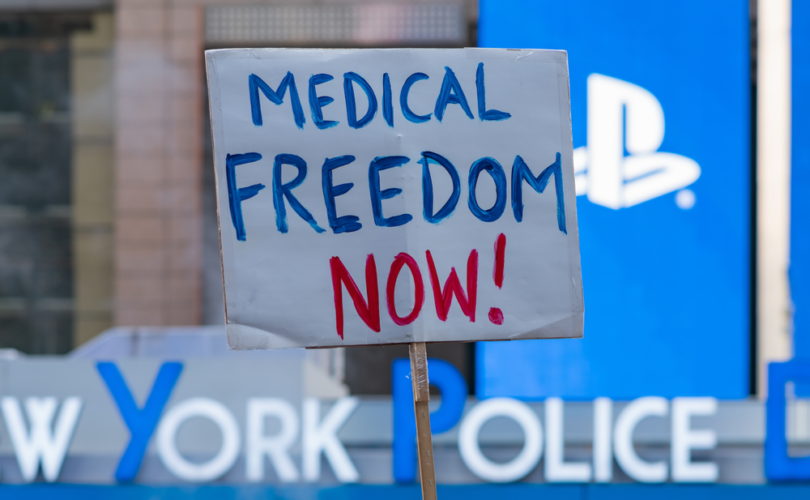 NEW YORK (LifeSiteNews) — A group of Orthodox Jews and a Catholic businessman dropped a lawsuit against New York City over its vaccine passport when the mayor ended the program last week.

According to the Daily Wire, Christopher Ferrara, special counsel for the Thomas More Society, highlighted the program’s inconsistencies and “blatant violation” of the Constitution.

“The resulting ‘vaccine apartheid,’” he said, “was a blatant violation of First and Fourteenth Amendment rights. Under this regime, out of town sports teams and entertainers did not need to be vaccinated in order to perform in packed venues, while our clients could not dine in a half-empty restaurant or visit a museum. Local sports stars could play away games without being vaccinated but not home games. Unvaccinated children could participate in school programs in numerous facilities, but not after school or on the weekend with their own parents.”

Ferrara concluded, “Of all the bizarre, pseudo-scientific restrictions imposed on people to ruin their lives in the name of stopping the spread COVID-19 – a totally failed endeavor – this one takes the prize.”

Many New Yorkers had criticized the city for the mandate, and some went so far as to move to other parts of the country such as Texas and Florida, where no such mandates were imposed. In spite of the lifting of the vaccine passport, businesses in New York City are still allowed to require vaccination as a condition for work.

Many Americans remain concerned that the vaccines have not been sufficiently studied for negative effects given their accelerated clinical trials, and some harbor ethical reservations about the use of cells from aborted babies in their development. Still others simply consider them unnecessary given COVID-19’s high survivability among most groups, low risk of asymptomatic spread, and research indicating that post-infection natural immunity is equally protective against reinfection.