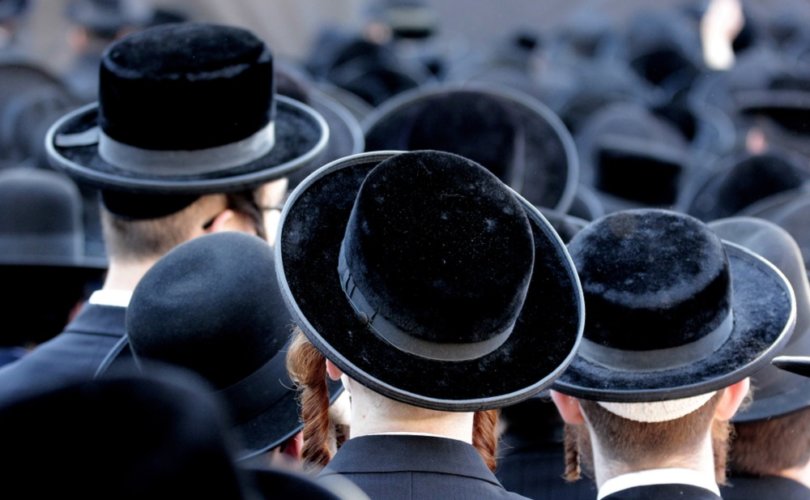 TORONTO, May 29, 2020 (Justice Centre for Constitutional Freedoms) — The Justice Centre for Constitutional Freedoms (jccf.ca) yesterday announced that it will file a Charter challenge against the Ontario government on behalf of various members of the Orthodox Jewish community in Toronto, for the government’s infringement of their freedoms of peaceful assembly and religion. Ontario may well be the only jurisdiction in the world that continues to ban Orthodox Jews from praying in their traditional manner.

Under their strict religious laws, practiced for thousands of years, Orthodox Jews must pray three times daily, in groups of a minimum of 10 adult males, called a minyan. The Province’s Order under the Emergency Management and Civil Protection Act prohibits gatherings of more than five people, including for the purposes of conducting religious services, rites or ceremonies. For the entire Orthodox Jewish community, these prohibitions have profoundly disrupted their freedom of religion, which is protected under the Canadian Charter of Rights and Freedoms. When violating any Charter freedom, even the freedom of only one individual, a government must prove that such violations are demonstrably justified in a free and democratic society. This requires showing that the violations are a minimal impairment of those freedoms, and that the harm of violating the Charter freedom is clearly outweighed by the benefits that the government seeks to obtain.

Despite the fact that many stores, businesses and even parks are now open, Ontario’s highly-restrictive Order specifically targets religious individuals, who have been prevented from holding in-person services in their houses of worship for over two months, and who face draconian fines of up to $100,000 and a one-year jail term for meeting in contravention of this Order. These discriminatory restrictions do not appear to be based on scientific or public health standards, and are continuing now into a third month, with no clear end in sight.

Although drive-in religious services have finally been permitted in Ontario, in part due to the efforts of the Justice Centre on behalf of the Church of God of Aylmer, this accommodation does not assist Orthodox Jews, who are prevented by Jewish law from using any mechanized devices on the Sabbath and on many religious holidays such as Yom Kippur. This includes a car, or even a bicycle.

Last week, a group of Orthodox Jews made a request to government officials, which was supported by over 400 Christian churches, to permit members of the Jewish community to gather in a safe manner, following guidelines similar to those now officially approved for all faith groups in other provinces. This is important for celebrating the Sabbath and regular daily prayer sessions, and also the Jewish holiday of Shavuos, which begins at sundown tonight. Shavuos is an annual prayer service and celebration of receiving of the Torah 3300 years ago, and is an important and fixed date on the Jewish calendar. It is also one of only four occasions each year where congregants pray the Yizkor service together, a special memorial prayer for the souls of the departed.

Government representatives initially agreed to accommodations for outdoor services, but then changed their minds when they learned that some in the Jewish community preferred a more deferential approach toward government leaders. The Ford government appears to have taken advantage of that division, and now declines any accommodation whatsoever.

“For many religious communities, coming together to worship is of fundamental importance to their faith, and is no less essential than any commercial activity,” notes Justice Centre lawyer Lisa Bildy.

“With the province increasingly opening up, it is important that faith groups be a part of that process. If stores can have many dozens of people inside and maintain safety, so too can houses of worship,” adds Bildy. “Other jurisdictions in Canada are permitting indoor services with 50 congregants, but Ontario won’t even allow people to meet outside in groups larger than five, despite mounting and compelling evidence that there is virtually no risk of disease transmission outdoors.”

Across the country, restrictions are being lessened as we learn that this virus was not nearly as devastating as initially feared, and as the number of serious cases continues to decline. The Justice Centre has prepared a report outlining its position that lockdowns and restrictions at the end of May are no longer a demonstrably justified infringement on the civil liberties of Canadians.

“It’s time to recognize that faith groups can reopen their houses of worship just as safely as any store, with similar social distancing measures. There is no legal or public health basis for treating religious groups differently, and indeed it is contrary to the Charter to discriminate in this arbitrary manner,” concludes Bildy.