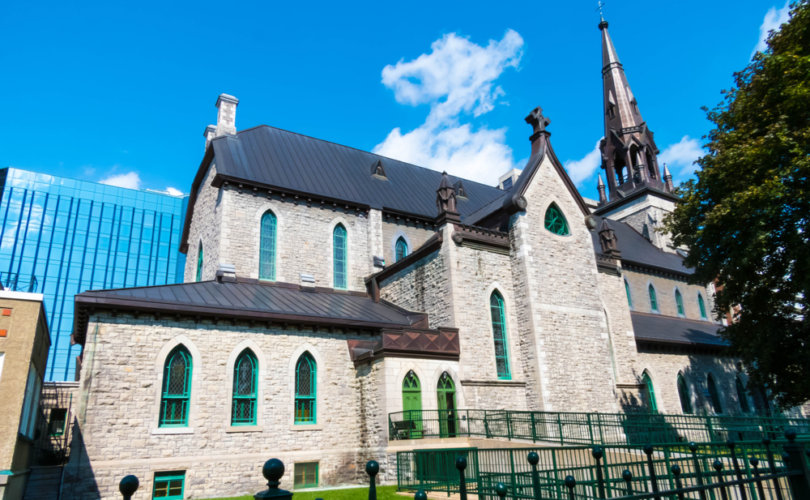 OTTAWA, Ontario (LifeSiteNews) — St. Patrick Basilica in Ottawa is canceling all of its Sunday Masses during the second week of the Freedom Convoy demonstrations.

The closure is ostensibly due to the potential risk of conflict given the parish’s proximity to Parliament Hill, but parish priest Msgr. Kevin Beach lauded the civility of the protestors and called them “well behaved.”

The parish is a short walk from Parliament Hill. Despite Msgr. Beach’s statement that the protestors have shown themselves to be civil, he said: “There is a greater risk of violence and civil unrest, so we decided to cancel the Sunday Mass and close the church.”

Last weekend the parish was open for Sunday Mass, and the only “incidents” that Beach said took place were dealing “with some people not wanting to wear masks.” Beach also said that “nobody barged in.”

Ottawa Mayor Jim Watson recently declared a “state of emergency” citing security concerns, despite evidence that the Freedom Convoy has been very peaceful.

The Justice Centre for Constitutional Freedoms (JCCF) has challenged the liberal narrative that the protest is not peaceful.

“According to affidavit evidence filed in the Ontario Superior Court of Justice, the Freedom Convoy has been working closely with the Ottawa Police Service, the RCMP, and the Parliamentary Protective Service,” the JCCF wrote.

The truckers have even taken to feeding the homeless and are helping to maintain the cleanliness of the streets.

Mayor Jim Watson acknowledged the familial atmosphere of the protest, although he called the presence of games for children “disturbing.”

Ottawa Mayor Jim Watson comments on the convoy to CTV:

“It’s disturbing when you see the protest turning into what looks like some kind of a fun carnival, where they’ve got bouncy castles, and hot tubs, and saunas” https://t.co/Q52l6xulvv

Any Catholics who are concerned about the closure of the Catholic parish despite the peaceful atmosphere of the protest can call 613-233-1125.