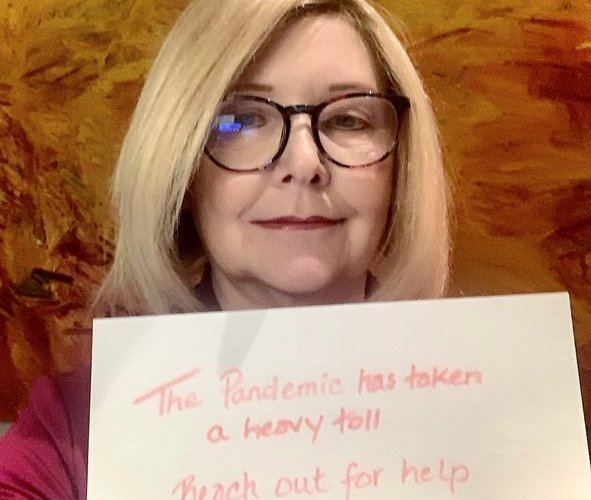 OTTAWA (LifeSiteNews) — As the Freedom Convoy protesting COVID restrictions rages on, an Ottawa councilor is trying to liken the movement to an “insurrection” and a “siege.”

In an online Zoom conference this weekend to discuss the ongoing anti-COVID restrictions protest in Ottawa, city councilor Diane Deans decried the overwhelming peaceful demonstration as an “occupation” that is part of a larger “nationwide insurrection.”

“We are on day eight of this occupation, our city is under siege,” Deans stated in the online meeting with fellow councilors.

“This group is emboldened by the lack of enforcement by every level of government,” the councilor added. “They are terrorizing our residents, torturing them with incessant honking, threatening them and preventing them from leading their lives.”

Referencing the effects of the demonstration, Deans continued by listing the impact the protest has had on Ottawa, drawing noticeable similarities between what the protesters themselves have claimed are the effects lockdowns and COVID measures have had on them over the past two years.

“People cannot go to work, or open their business, people cannot sleep, walk, go to medical appointments, or enjoy their neighborhood,” Deans explained, outlining the disturbance the protest has caused some Ottawa residents.

Despite statements from various politicians condemning the protesters for disrupting the lives of citizens and businesses, the vast majority of business closures and unwanted disruptions in the lives of the public have been done by the politicians themselves.

In Ontario, the province where Ottawa is located, Premier Doug Ford has implemented multiple lockdowns during the so-called COVID pandemic, with measures including the closure of businesses for weeks at a time, putting capacity limits on private and public gatherings, barring the vaccine-free from restaurants, bars, movie theatres, and other public venues, along with mandatory mask wearing and physical distancing in all indoor spaces.

According to the Justice Centre for Constitutional Freedoms, a legal group representing the Freedom Convoy, “A more realistic picture of what is happening in Ottawa will soon be revealed by sworn affidavits” during the course of an ongoing legal battle between a 21-year-old Ottawa resident who is suing the convoy organizers.

“An Ottawa resident states in a sworn affidavit that ‘the truckers I have interacted with have, at all times, been friendly, courteous, humble, considerate and peaceful. I have not observed any aggressive or inappropriate behaviours,’” the JCCF quoted in a press release today.

“Another Ottawa resident, who works for Statistics Canada, describes reality on the ground as follows: ‘The protesters were peaceful and respectful, I saw no violence or harassment. I was not impeded in any way, and could walk about freely and safely. I did not see any hateful symbols. In fact, I saw an abundance of Canada flags and Quebec flags as well as countless signs calling for freedom and the end of Covid-related mandates. I did see some anti-Trudeau flags using harsh language. However, I would describe the scene as a peaceful, pro-freedom demonstration,’” the JCCF explained further.

“The right to peacefully protest is a fundamental right protected under the Canadian Charter of Rights and Freedoms. Governments across Canada have ignored Canadians and bypassed their elected representatives in the passage of health and vaccination mandates which strip people of their jobs and civil liberties,” added Jay Cameron, Justice Centre litigation director.

“People are tired of being ignored by the indifferent elite. The lack of meaningful democracy means citizens have no voice regarding health mandates. They have a right to peacefully protest and have their voices heard,” the law expert concluded.