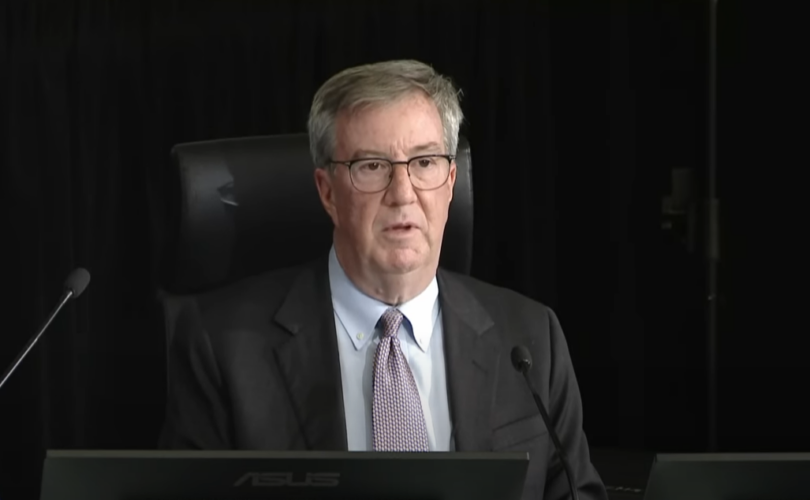 OTTAWA (LifeSiteNews) — The inquiry investigating Prime Minister Justin Trudeau’s use of the Emergencies Act (EA) unveiled a conversation transcript on Tuesday, showing that Ottawa mayor Jim Watson called the “Freedom Convoy” protesters “nasty people,” and warned that the rally was turning “volatile” after he saw “fireworks going off and hot tubs being brought in.”

In a read-out of a conversation between Watson and Trudeau that occurred during the non-violent, anti-mandate “Freedom Convoy” protest on February 8, Watson told Trudeau that he felt the rally was taking a “volatile” turn after witnessing “fireworks going off and hot tubs being brought in.”

He compares them to the Republican Party from the United States, says he “can’t reason with them.” https://t.co/YpdRc9YyMu pic.twitter.com/Q49l84qCuz

Among the other complaints he had of the “nasty people” who “don’t represent Canada,” Watson alleged at the time that the protesters were harassing citizens and roasting pigs over open fires.

“[You] can’t reason with them, so vulgar, and hateful. Attacking people, ripping their masks off, honking their horns,” continued Watson per the transcript, adding that he felt the “Freedom Convoy” supporters were behaving similarly to American supporters of the Republican Party.

In the read-out, it is also shown that Watson told Trudeau that the city police had “lost control” of the situation around the “red zone” of Parliament Hill, and that the area had turned into “lawlessness.”

According to Watson’s testimony, the city of Ottawa did “not have enough police to stop them [the protesters],” which is why he says Trudeau’s use of the EA was justified.

While Watson testified that he supported Trudeau taking this unprecedented step, on the first day of the hearings last Thursday, the legal counsel for the Ontario Provincial Police (OPP) said the opposite, telling the inquiry commission the invocation of the EA was unnecessary.

Although Trudeau’s public safety minister, Marco Mendicino, stated on February 28 – and many times since then – that the EA was only used on the “advice of law enforcement members,” LifeSiteNews has noted that in addition to the OPP, both the federal Royal Canadian Mounted Police (RCMP) and the local Ottawa Police Service (OPS) have denied Mendicino’s claim, insisting Trudeau’s government made the decision alone.

Also of note are recent documents showing that the Trudeau government received regular updates from the nation’s intelligence service indicating that the “Freedom Convoy” was non-violent in nature, despite the prime minister’s public claims to the contrary.

Under the EA, many Canadians who supported the “Freedom Convoy” were targeted by the federal government and even had their  bank accounts frozen without a court order.

In early February, Watson had declared a state of emergency in Ottawa, stating that the protest was “the most serious emergency our city has ever faced.”

Watson was also a key individual in getting the truckers’ fundraising initiatives shut down, when he told GoFundMe executives, without corroborating evidence, that the protesters were committing violent acts.

The hearings, which are open to the public via livestream, are set to call forth at least 65 witnesses, including Trudeau.