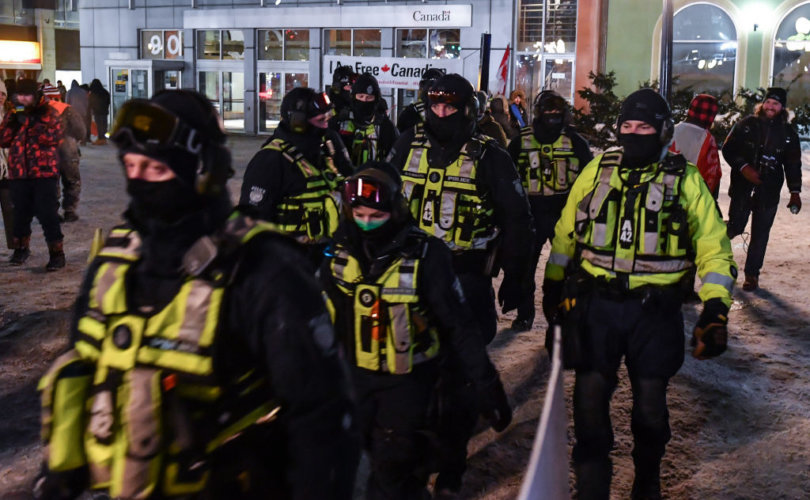 OTTAWA, Ontario (JCCF) – The Justice Centre has warned that Ottawa police would be breaking the law if police attempt to intimidate or arrest people who bring food or other supplies to truckers who are peacefully exercising their Charter rights and freedoms in Ottawa.

A tweet from Ottawa Police from 11:52 a.m. on Sunday February 6 states “Anyone attempting to bring material supports (gas, etc.) to the demonstrators could be subject to arrest. Enforcement is underway.”

IMPORTANT: Anyone attempting to bring material supports (gas, etc.) to the demonstrators could be subject to arrest. Enforcement is underway. #ottawa #ottnews pic.twitter.com/tp4e5d2xe1

“People who bring food, water, gasoline or other supplies to peacefully protesting truckers are not breaking any law. There is no basis for this police threat, that was issued by Twitter this morning,” stated lawyer Nicholas Wansbutter, retained by the Justice Centre, which is representing the Freedom Convoy.

“In a free and democratic society that is governed by the rule of law, citizens can freely associate with each other, including the giving and receiving of goods and gifts. There is no law that would allow the Ottawa Police to arrest people for giving fuel or food to another Canadian,” continued Wansbutter.

“The truckers themselves are exercising their Charter freedoms of expression, association and peaceful assembly, as they are legally entitled to do,” concludes Mr. Wansbutter.