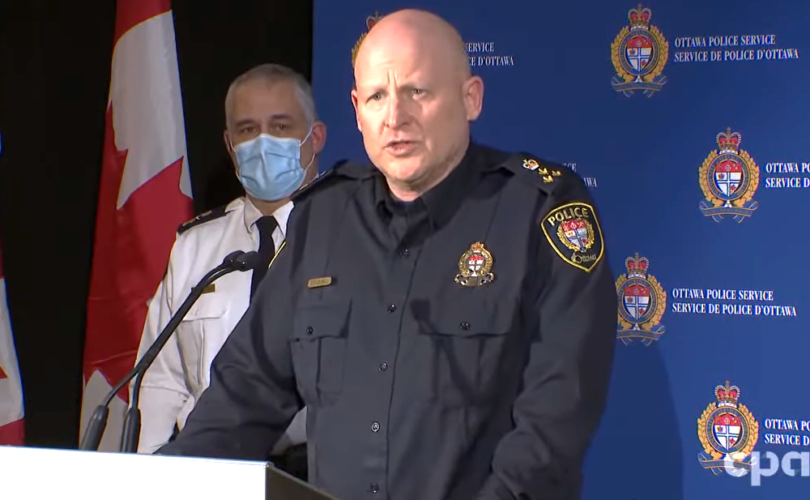 During a House of Commons affairs meeting Tuesday, questioned by Conservative Party of Canada (CPC) MP and former party leader Andrew Scheer if the OPS asked Trudeau for EA powers, Bell responded by saying he did not.

“So we were involved in conversations with our partners and the political ministries,” Bell said, adding that “we didn’t make a direct request for the Emergencies Act.”

Trudeau claimed on April 27 that the EA was needed and police had asked for it because “illegal blockades hurt workers and endangered public safety,” adding that “police were clear that they needed tools not held by any federal, provincial or territorial law.”

“It was only after we got advice from law enforcement that we invoked the Emergencies Act,”  Trudeau said.

However, Royal Canadian Mounted Police (RCMP) commissioner Brenda Lucki recently revealed to an inquiry that her police force did not request help from Trudeau in the form of the EA.

Lucki said last week, “No, there was never a question of requesting the Emergencies Act.”

Lucki also stated plainly that border blockades in Alberta and Ontario were dealt with a “measured approach and existing legislation.”

Alberta Premier Jason Kenney recently announced that his government was given intervenor status on legal cases fighting Trudeau’s use of the EA.

Last month, the Trudeau government cited “cabinet confidentiality” as the reason for refusing to disclose why it used the EA to crush the Freedom Convoy in response to a rash of legal challenges against its use.

Reports that protesters had started a fire were proved to be false, and recently a top official with the RCMP said there is no evidence of any links to terrorist activity in the funding of the Freedom Convoy.