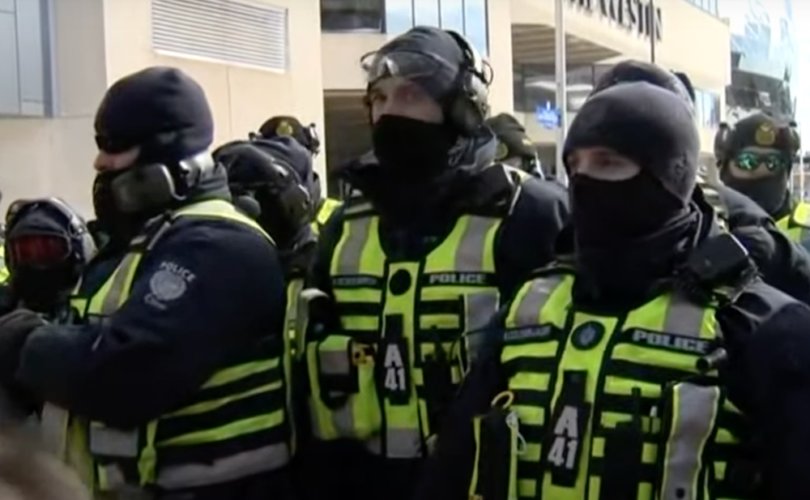 OTTAWA (LifeSiteNews) – A second man charged in a deliberate arson attack that occurred near Canada’s parliament in Ottawa in February did not have anything to do with the Freedom Convoy, Canadian police say.

The Ottawa Police Service said Wednesday In a press release sent Wednesday that it charged 41-year-old Bartosz Wernik in relation to “deliberately set fire in an apartment building on Lisgar Street on February 6, 2022” while adding that ‘there is no information indicating WERNIK was involved in any way with the Convoy protest which was going on when this arson took place.”

Wernik was charged with multiple counts of arson along with mischief and the possession of “Incendiary Material.” His court date has not yet been set.

Two weeks ago, Ottawa Police announced that the first person charged in the arson attack, 21-year-old Connor Russell McDonald, had nothing to do with the trucker Freedom Convoy.

The arson attack took place while the Freedom Convoy was in its early days of protesting COVID mandates in downtown Ottawa.

The Freedom Convoy for three weeks in late January to early February protested in the nation’s capital to demand an end to all COVID mandates, before being forced out by police armed with extraordinary powers given to them by the Emergencies Act (EA).

Many mainstream media outlets along with the mayor of Ottawa and a Liberal MP alleged that the Freedom Convoy protesters were somehow connected to the arson incident on Lisgar Street.

Canadian Prime Minister Justin Trudeau claimed the Freedom Convoy protesters were funded by foreign entities with ties to terrorist-linked financing. This reasoning was used as justification for Trudeau to enact the EA against them on February 14. It was revoked on February 23.

Recently, a top official with Canada’s Royal Canadian Mounted Police (RCMP) said there is no evidence of any links to terrorist activity in the funding of the Freedom Convoy.