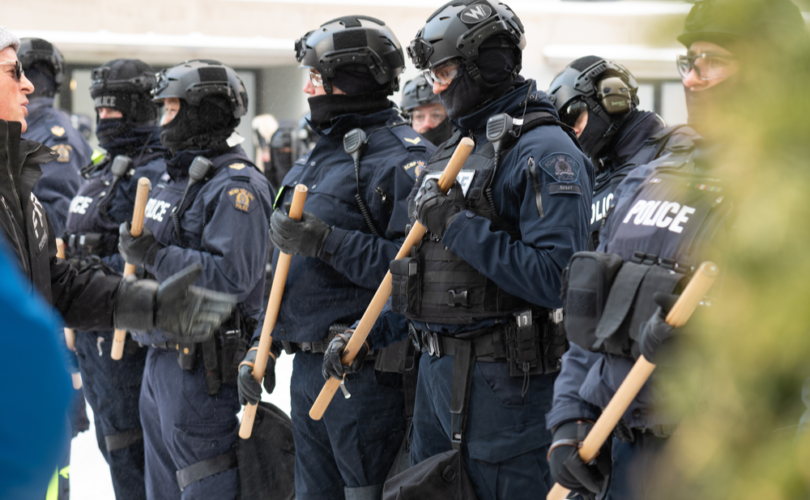 OTTAWA (LifeSiteNews) — The Ottawa Police Service announced as part of an employment hiring campaign that it is seeking “female or racialized candidates to help us better reflect the communities we serve.”

On Tuesday, Ottawa Police launched its campaign in search of new officers. “There has never been a better time to apply to the Ottawa Police Service,” the department tweeted.

“The Ottawa Police Service continuously strives to deliver service that is effective and responsive to the needs of our evolving community,” the job description read. “As such, we are looking for people of various, diverse backgrounds and experiences to complement our service as we strive to reflect the community we serve.”

The recent Freedom Convoy in Canada proved to be another instance in which police arrested those not complying with restrictions.

During the protests at Parliament Hill, Canadians witnessed unprecedented police brutality as officers on horseback trampled an elderly aboriginal woman.

Police deployed to end the Freedom Convoy wore riot gear, some used gas masks, and most had pepper spray at the ready in their vests. Some held batons and some high-powered rifles.

Ottawa police themselves broke the law when it confiscated supplies from Canadians attempting to aid the truckers. Notably, none of the officers had badges identifying them.

In an interview with John-Henry Westen, Rob Stocki, a former police officer from Ottawa, revealed, “Most officers do not agree with what is happening right now, especially the ones who are halfway through their career or more.”

Stocki also said many cops would rather quit the force than violate their consciences in obeying unlawful and unconstitutional dictates.