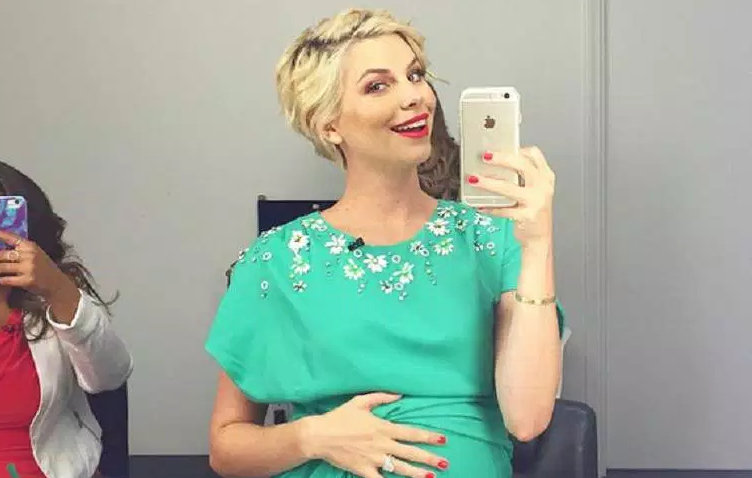 December 9, 2015 (LifeSiteNews) – The joy of new motherhood was demonstrated along with the danger of an increasingly popular contraception method when a pop culture celebrity recently shared her story of being pregnant in spite of an intrauterine device (IUD).

Do-it-yourself stylist and YouTube personality Leah Ashley, co-host of a syndicated lifestyle program called FABLife, gave birth to her son November 18, tweeting an announcement of her and her husband's happiness at the child's arrival and sharing poignant images of father and newborn son on social media.

“And just like that, in an instant our hearts doubled in size & our lives changed forever,” Ashley said. “Introducing Ford Francis Finn. 7lbs 13oz of pure perfection. Thank you for all of your prayers and well wishes… They worked!!”

The stylist and her husband, Michael Finn, wanted to delay having children, thus her pregnancy was unplanned, but she was upfront about being happy to discover she had become a mother.

“We weren't expecting to get pregnant so soon after getting married but God clearly had other plans for us,” she said, announcing the pregnancy. “After getting over the initial shock of the news, we couldn't be more excited for our little one to join us! And now November couldn't come soon enough!”

Ashley has continued to convey both the challenges and delights of new parenthood on social media with heartwarming family photos.

“I have no idea what day it is. But everyday should begin with baby snuggles,” she said three days after welcoming her son.

Just over a week later, Ashley posted that there was not enough coffee to combat her fatigue, at the same time acknowledging the beauty of parenthood: “These last few weeks have been the hardest & the most blessed of our lives all at the same time.”

Ashley was also open about the danger to her unborn child resulting from her IUD on her television program and website.

The risks during pregnancy while using an IUD include the device becoming dislodged or expelled without the mother being aware, increased danger of miscarriage, ectopic pregnancy, and preterm delivery, even if the device is removed.

“The scariest thing about finding out I was pregnant with an IUD was not knowing if the pregnancy was viable,” she said on a September episode covered in a Glamour report.  “For about a month, we didn't know if the baby was forming in the correct place and there was a major risk of the baby forming in my fallopian tubes, which would have resulted in surgery. There was also about a 50 percent chance of miscarriage.”

“At eight months pregnant, we have made it past the majority of the health risks associated with an IUD pregnancy,” she continued. “During the beginning of my pregnancy, I was monitored very closely—between multiple ultra sounds, lots of blood drawn and two visits to a high risk specialist, we have finally determined that all is right on track. However, one concern still remains: preterm delivery. I am 32 weeks pregnant now, and I am hoping that he decides to stay put until 40 weeks.”

Outside pregnancy, the risks with IUD use include pelvic inflammatory disease, a severely protruding abdomen, hemorrhaging, damage to the uterus or other organs, scarring, infertility, and death.

The IUD is also abortifacient in nature, as it works by preventing implantation in the womb of human embryo after conception occurs.

According to the Life Issue Institute, the IUD prevents implantation of the already conceived baby up to 95 percent of the time.

The Centers for Disease Control and Prevention (CDC) says the failure rate for both types of IUD on the market is very low.

The hormonal IUD device releases a constant dose of hormones to trick the body into thinking it is already pregnant so it won't release an egg. If that fails, the device makes the uterus inhospitable to implantation of the growing life. Its failure rate is 0.5 percent.

The copper IUD, which works only once the mother is pregnant, ensuring that the human embryo cannot attach to her uterine wall, has a failure rate of 0.8 percent.

The number of women who use long-acting abortifacient methods of birth control, such as the IUD, has doubled since 2010, according to a government report.

Cosmo writer: My IUD punctured my uterus. It hurt. A lot.

Women must know dangers of IUDs before use, warns firm running class-action lawsuit