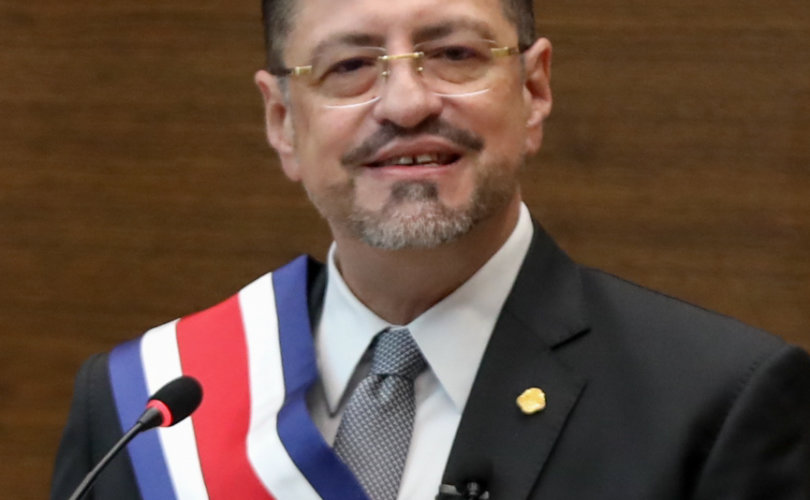 “As of today, the vaccines are not mandatory,” President Rodrigo Chaves Robles announced during an August 3 press conference. “And therefore any action taken against anyone who does not want to be vaccinated is an action that is against the law.”

Chaves, who was elected in April 2022, shared that although he himself has been jabbed, and he encourages others to consider “vaccination” as well, his position is “fundamentally that people have freedom of choice.

“But, if you don’t want to, as I said during my campaign: Costa Rica’s people are not cattle that you beat with a piece of wood and force to get vaccinated,” Chaves declared during the press conference.

Chaves backed up his claim by highlighting a WHO statement from April 2021, which stated that “vaccine” mandates “interfere with freedom and individual autonomy” and that “One must balance the well-being of the community with individual liberties.”

He further slammed the mandates as a violation of Costa Rican law since, as he pointed out, the members of Costa Rica’s National Vaccination and Epidemiology Commission (CNVE) were functioning under expired terms when they issued the jab mandates, rendering all of their post-term actions “invalid.”

After Chaves and his administration took office, “we realized that their terms … officially ended in 2020,” he said.

“When told this, they all got quiet. They said that nobody had told them their terms had ended. And nobody questioned this until the Minister here investigated,” continued Chaves, referring to Minister of Health Jocelyn Chacón, also present at the press conference.

The president explained that he asked Chacón to suspend the jab mandates “given the illegal actions taken by the Commission,” while keeping the shots available for those who, in the exercise of their liberty, desire to be vaccinated.”

During the press conference, Chacón denied claims that the current government of Costa Rica is “anti-vaccination,” pointing out that its members were “up to date” with their shots.

“There are countries which do not mandate, and have higher rates of vaccination. Why? Because people do not want to be ordered: they prefer to have things explained,” Chacón said.

In October 2021, Costa Rica announced it would start implementing a COVID shot mandate that would require the jab to enter non-essential businesses, including restaurants, shopping malls, gyms, and hotels. The jab was also required for all public servants, and private businesses were permitted to mandate the shot for their employees as well.

Costa Rica then became the first country in the world, in November 2021, to mandate COVID jabs for children. The decision came only a week after the U.S. Food and Drug Administration (FDA) gave its approval to administering Pfizer’s COVID-19 vaccine to children age 5-11 despite limited safety data and virtually nonexistent need. The Costa Rican government cited the FDA approval in its announcement of the mandate.

Reuters reported that as of May 2022, more than 85% of Costa Ricans had “received at least one shot, while 79% have had two doses, and 41% have received a third vaccine, according to official data.”

Former Costa Rican president Carlos Alvarado announced that month, during his last speech as president, that the country was one of a “select group of countries in the world that has more than 85% of its population vaccinated with at least one dose.”