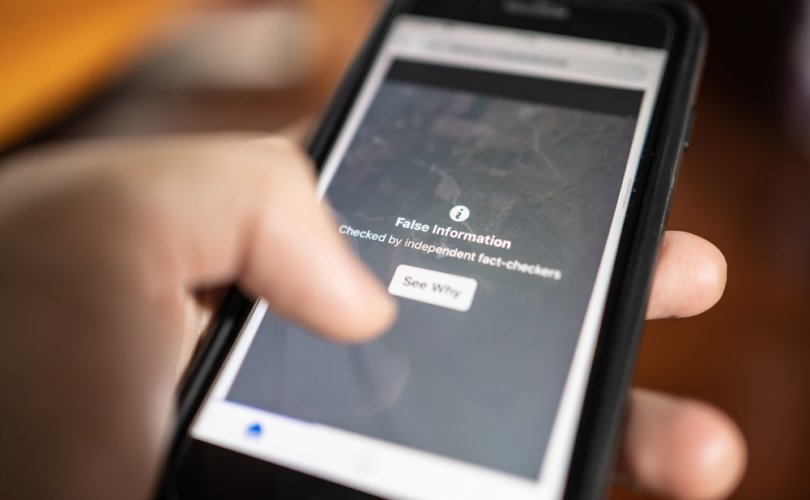 (LifeSiteNews) — After legacy media outlets consistently dismissed the New York Post’s bombshell story of Hunter Biden’s laptop, frequently categorizing it as “Russian disinformation” The New York Times made waves by admitting on Wednesday  the laptop and its scandalous contents were indeed authentic.

The admission has generated considerable buzz among conservative commentators and politicians, with some arguing that the suppression of the story by legacy news outlets and social media companies is at least as newsworthy as the laptop itself, whose contents suggest that Hunter Biden was engaged in overseas influence-peddling schemes in countries including China, Russia, and Ukraine.

In a Friday commentary published by The Federalist, writer Tristan Justice argued that “news groups dedicated to discrediting misinformation” actually “have a history of amplifying” it.

In his piece, Justice highlighted the fact that news organizations which discredited the true Hunter Biden story continue to hold exceptional accuracy scores with NewsGuard, a prominent “fact checking” organization which analyzes news stories and organizations to determine whether they spread “misinformation.”

According to the report, “[n]early every outlet that opted to ignore or discredit the Post’s reporting maintains a near-perfect rating from NewsGuard’s accuracy and credibility score,” with “Politico, NPR, and The New York Times” holding “a favorable 100/100 rating while CBS scores a 95/100.”

Why haven’t you seen any stories from NPR about the NY Post’s Hunter Biden story? Read more in this week’s newsletter➡️ https://t.co/CJesPgmGvo pic.twitter.com/jAi7PnpbZf

The New York Post published its bombshell report exposing Hunter Biden’s laptop in October 2020, just ahead of the presidential election.

The story was heavily censored and dismissed by social media platforms and mainstream outlets, and 50 former U.S. intelligence officers claimed the laptop was probably false information put forward by Russian propagandists. Twitter drew massive backlash when it locked the Post’s account following the publication of the story.

Many believe the throttling of the politically damning story, which suggests that Hunter Biden leveraged his father’s political influence for profit, unfairly tilted the 2020 election in favor of Joe Biden.