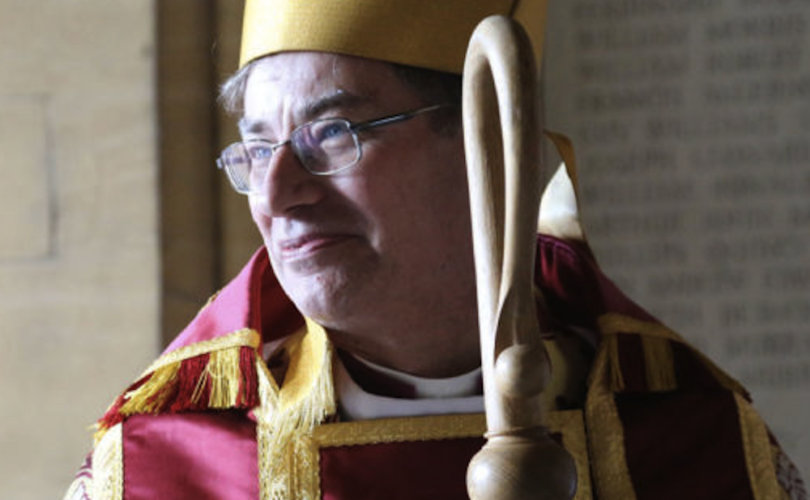 UNITED KINGDOM, January 15, 2019 (LifeSiteNews) – More than 100 Anglican priests in the Diocese of Oxford signed a letter critical of their bishops’ advice permitting active homosexuals to receive communion and to be ordained.

The priests warned their bishops that if they fail to affirm traditional church teaching, many will seek placement outside the Oxford Diocese.

The four Oxford bishops had advised clergy in a letter last fall that “Nobody should be excluded or discouraged from receiving the sacraments of baptism or the Lord’s supper on the grounds of their sexual orientation or gender identity,” while also affirming that “LGBT+ people can be called to roles of leadership and service in the local church.”

In response, the Oxford clergy wrote to express their “grave concern.”

“We are dismayed that nowhere in the letter is there any articulation of the current teaching of the Church of England on marriage and sexual relationships, based as it is on the words of Scripture, nor is there any expressed support for it. Instead, we read references to ‘attitudes changing,’ respect for ‘different views,’ and willingness to ‘listen to different streams in the debate.’”

Regarding the ordination of homosexuals, the priests said, “We cannot see how it is right to accept as Christian leaders those who advocate lifestyles that are not consistent with New Testament teaching.”

The priests also said their bishops’ declaration that no one should be “excluded or discouraged from receiving the sacraments of baptism or the Lord’s Supper” is problematic, noting, “Such indiscriminate participation seems to be inconsistent with the witness of Scripture.”

The Oxford clergy are also “concerned too by the references to LGBTI+ ‘identity,’” and they instead strongly assert, “As Christians, we want to urge that our identity is to be found ‘in Christ.’”

They are also troubled by their bishops’ “apparent desire to see the Church innovating liturgically in order to meet an expressed desire of some same-sex couples; and by the organization of a group of LGBTI+ advisers, which does not include same-sex-attracted people who advocate celibacy in faithfulness to Scripture.”

“We would love our bishops to articulate clearly God’s love for us in helping us see both the attractiveness of deep friendships, but also the appropriate setting for sexual intimacy – namely in marriage between a man and a woman,” wrote the concerned clergy members.

However, if they are unwilling to do this, we would ask them to recognise the seriousness of the difference between us: Advocacy of same-sex sexual intimacy is either an expression of the love of God or it creates an obstacle to people entering the kingdom of God.

“It cannot be both,” the priests added. “The situation is serious.”

The 104 clergy members conclude their letter by taking a firm stand in defense of sound church teaching, warning their bishops not to ignore their grave concerns:

If not addressed, we would all struggle to support the leadership of our bishops in this matter and a number of our churches may want to seek alternative means of receiving episcopal ministry, in recognition that your position is seriously differentiated from theirs. This would be a tragedy.

It’s no wonder vast swaths of clergy are alarmed. Leadership in the Church of England has been moving rapidly to normalize homosxuality and transgenderism.

Clergy were advised to call men by their new female names, and women by their new male names. The guidance declared, “For a trans person to be addressed liturgically by the minister for the first time by their chosen name may be a powerful moment in the service.”

Clergy were further warned to be respectful of prefered gender pronouns, even if those pronouns do not correspond with reality.