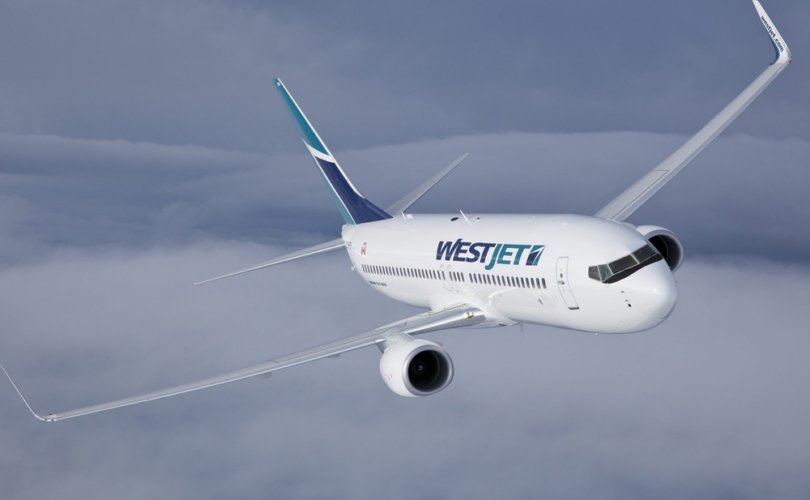 CALGARY, Alberta (LifeSiteNews) – Over 100 active and non-active WestJet employees are suing the airline and the Canadian federal government of Prime Minister Justin Trudeau for forcing COVID jab mandates on the aviation sector.

In a statement the group said the Trudeau government collaborated “with airlines and other corporate stakeholders” to implement “punitive and divisive COVID vaccination mandates, creating a two-tier society stoked by fear, division, and anger.”

The group has created a GiveSendGo fundraiser to raise money for its legal defense.

“We are asking for financial donations as we build our legal case against those responsible for the harm, anguish and damages we have and continue to endure from the federal government’s immoral ultimatum,” the group says.

According to the group’s GiveSendGo page, it is made up of “WestJet employees, both active and in-active, from call-centre and customer service agents to pilots and flight attendants, negatively impacted by the federal government’s medical mandates.”

“Many of us have individual variances in our stories; some are on unpaid leave, some suffer from vaccine injury, some were forced into early retirement, and some were terminated. Although impacted individually, we all suffer equally,” the group says.

The group’s legal counsel is Alberta-based civil liberties lawyer Leighton Grey from Grey Wowk Spencer LLP. Grey in recent months has taken on many cases involving workers in various levels of government at the local and federal levels, who were impacted by mandatory COVID jab mandates as a condition of work.

According to Grey as reported in the Western Standard, the group has thus far sent “sent a cease-and-desist letter advising WestJet of our clients’ intent to sue.” Grey says that the group has already drafted the lawsuit.

Grey noted that although there is “somewhat of a reprieve right now” in terms of COVID mandates for work and travel, “we know what’s coming this fall.”

“The federal government has made it clear we will be heading into a nine-month rotation of forced vaccination,” Grey noted.

Because of this, Grey noted that he is telling his clients, “you go back to work now, it’s basically a prelude to a kiss.”

“Harm from the covid vaccine mandate is irrefutable. We are your family, friends and neighbours, and we have experienced significant suffering. Loss of employment and relationships, while having our rights trampled and cast aside, is a reality society can no longer ignore. In acknowledging these harsh realities, we are pursuing legal action against the Government of Canada and WestJet Airlines,” the group said.

“While we are reluctant to make accusations against any particular organization, it is indisputable that the fundamental hallmarks of informed consent were never achieved: the voluntary nature of a decision and disclosure of information.”

While the group says it was the federal government who mandated the COVID jabs for airline workers, it believes that WestJet had a “role and responsibility to protect its employees from such egregious assaults on rights and freedoms in the workplace.”

According to WestJet employee and group organizer Jeff Roberts, the group’s goal is to “seek relief for WestJet employees and set the record straight to ensure these mandates never return, benefiting all Canadians.”

The U.S., which is WestJet’s largest market besides Canada, mandates non-citizens be vaccinated to enter the country, meaning to be a pilot and fly internationally is essentially out of question at this time, unless one has an exemption.

New WestJet CEO Alexis von Hoensbroech in late May called for an end to all travel COVID mandates. He came on board after the mandates had been put in place.

The group is currently looking to reach additional WestJet employees impacted by COVID mandates, both those working and those who are not, by contacting [email protected] for more information.