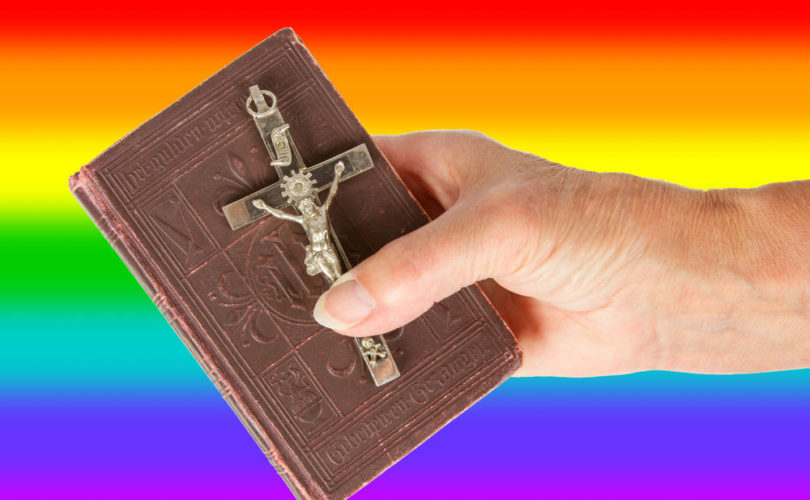 NASHVILLE, Tennessee, March 19, 2019 (LifeSiteNews) – Left-wing activists in Tennessee are boasting that more than 100 liberal “religious leaders” have joined their campaign to defeat a series of bills meant to restore natural marriage and protect the religious and privacy rights of adoption agencies, businesses, and schools from pro-LGBT encroachment.

Six bills are currently before the state legislature covering a broad range of controversies related to homosexuality and transgenderism, the Nashville Tennessean reported.

Taken together, they would allow religious adoption and foster agencies to refuse to place children in same-sex households; forbid local governments from taking “discriminatory action against a business entity” to punish its health insurance, family leave, minimum wage, or anti-discrimination policies; increase punishment for indecent exposure in bathrooms and dressing rooms; direct the state attorney general to defend schools from lawsuits over their refusal to admit gender-confused boys into girls’ restrooms (and vice versa); and  declare any court decision mandating recognition of same-sex “marriage” to be “unauthoritative, void, and of no effect.”

The left-wing Tennessee Equality Project has dubbed the set of measures a “Slate of Hate,” listing more than 100 priests, pastors, rabbis, and theologians who have signed a statement declaring, “As leaders of faith communities we oppose these bills in the Tennessee General Assembly. They promote discrimination rather than justice and demean the worth of LGBTQ people in our state. We call on people of good will to join us in speaking out for basic fairness.”

“I think that equal protection under the law is kind of the beginning of justice, and we should always be thinking about that,” Belmont United Methodist Church Rev. Paul Purdue told the Tennessean, invoking Jesus. “It's important to stand up and to call people to pay attention and to say that God loves everyone.”

In fact, none of the disputed laws suggest “hatred” of homosexual or gender-confused Tenneseans. The bill barring discrimination against businesses’ beliefs, for instance, is meant to ensure political changes at the city and county level don’t lead to retribution against businesses at odds with either Republicans or Democrats, according to sponsor Rep. Jason Zachary.

Pro-family advocates warn that letting biological males into female bathrooms not only intrudes on the privacy of actual women and girls and needlessly inflicts emotional stress on them but also puts them at risk of assault, as happened in the 2017 case of a kindergarten student in Decatur, Georgia.

A variety of social science literature supports religious adoption agencies’ insistence that children are better served by homes with both a mother and a father, but pro-LGBT activists around the country advocate shutting down agencies that refuse to place children in homes with only two mothers or two fathers.