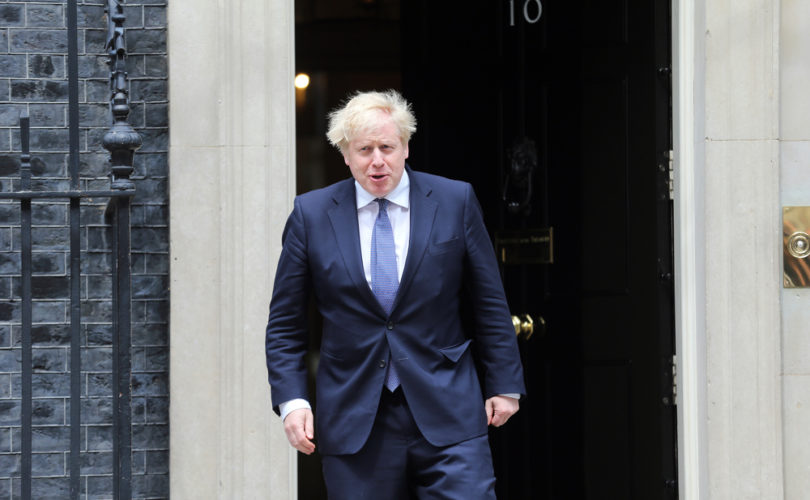 LONDON, U.K., July 28, 2021 (LifeSiteNews) – As the U.K. emerged from an over six month lockdown, a group of falsely self-described “1,246 scientists” attempted to prevent the return to relative freedom, aided by the mainstream media. Their urging of continued restrictions have been described as neither “scientifically or medically justified.”

The letter from the pro-lockdown scientists came in the midst of multiple articles in the mainstream media protesting that the easing of the over six month lockdown was too early, and that “variants” of COVID-19 could cause havoc in the country. However, the warnings from the 100 scientists fly in the face of comments of former Pfizer vice president and chief science officer Dr. Michael Yeadon, who explained in early April that there “was no possibility at all” that COVID variants could escape the immunity already present in those who had previously contracted the virus.

“There is absolutely no chance that all of them [variants] will fail to be recognized and that is what is required for immune escape, to escape your immunity,” he stated.

Indeed, Yale epidemiologist Dr. Harvey Risch rebuked the scientists, noting that their fear was because they “do not understand that what matters is hospitalizations and deaths, not cases.”

Letter to The Lancet – opening the country could cause ‘unmitigated transmission’

The original letter, published July 7, 2021 in the medical journal The Lancet, was titled “Mass infection is not an option: we must do more to protect our young.” With 15 authors, the paper described Johnson’s decision to open up the country on July 19 as “dangerous and premature.”

Claiming that there are still too few of the U.K. population who have been vaccinated, and so who are, they say, “immune” to COVID-19, the scientists predicted “unmitigated transmission” which would “disproportionately affect unvaccinated children and young people who have already suffered greatly.”

The letter insists that this will lead to large outbreaks of the virus in educational settings, which would lead to “educational disruption.”

Not only this, but the paper made the alarmist argument that the policy of opening the country on July 19 would create “fertile ground for the emergence of vaccine-resistant variants” which would “place all at risk, including those already vaccinated, within the UK and globally.” They argued that this could have a particularly strong effect upon “the most disadvantaged.”

While the country would open up from restrictions, which were placed ostensibly to prevent infection and “save the NHS,” the scientists argued that it was still too early to remove the restrictions. The current restrictions are the latest version of a series of lockdowns and other restrictive measures imposed by the U.K. government since March 2020. But the paper argued that health staff were still “exhausted” and had not yet recovered “from previous infection waves.”

Finally, the scientists repeated their warning that all these eventualities would have a disproportionate effect upon the “deprived communities,” which would in turn lead to “deepening inequalities.”

“We consider any strategy that tolerates high levels of infection to be both unethical and illogical,” declared the group. “The UK Government must reconsider its current strategy and take urgent steps to protect the public, including children. We believe the government is embarking on a dangerous and unethical experiment, and we call on it to pause plans to abandon mitigations on July 19, 2021.”

One of the signatories, Professor Michael Baker, from the New Zealand Ministry of Health’s COVID-19 technical advisory group, alleged that the U.K.’s planned “freedom day,” was “not following even basic public health principles,” decrying the decision to open up instead of continue with a lockdown.

Instead of proceeding with the highly anticipated “freedom day,” already delayed from June 24 to July 19, the scientists argued that Johnson should “delay complete re-opening until everyone, including adolescents, have been offered vaccination and uptake is high.”

They subsequently held an “emergency summit” on July 8, to outline the issues which they determined needed addressing in order to prevent “mass infection.”

While the original co-signatories numbered around 100, that number grew significantly and added weight to the fear mongering which was contained in the media reporting, after the letter was posted online with the option for anyone to add his or her name to it. The mainstream media soon reported the letter, noting that it had been signed by “1,200 scientists,” or “1,200 experts.” The paper now has over 4,000 signatures.

However, the Daily Mail subsequently noted that the “1,200 experts” was not an accurate description, as the host website allowed individuals with “no scientific credentials” to sign the petition. The news outlet showed a picture of the press release sent out to the media by the signatories, in which they claimed that “1,246 scientists sign Lancet letter.”

Yet amongst the professions of the “scientists” were listed social and family care workers, dentists and oral surgeons, nurses, university professionals without a designated specialism, a trainee doctor, and midwives. Still more were described simply as “medic,” and some had no profession listed.

In fact, the Daily Mail stated that it had been able to sign the letter “using a fictitious name and title, however, the pseudonym was not added to the published list of signees at the time of writing.” LifeSiteNews also was able to sign the paper, without any checks being undertaken to verify the name, or credentials given.

As noted by the Mail, numerous signatories are also from outside the U.K. A non-exhaustive list of some of the countries of the assorted signatories includes places such as Germany, the U.S., Australia, India, Sweden, Malta, Netherlands, France, Switzerland, New Zealand, Argentina, Denmark, Austria, Italy, Ireland, South Africa, the U.A.E., Japan, Belgium, Canada, Poland, Israel, Norway, Brazil, and the Czech Republic.

Speaking to the MailOnline, Dr. Simon Clarke, a microbiologist from the University of Reading, described the letter and its description as being supported by so many “scientists,” as “misleading.”

“While some of these people will have opinions, and while those opinions might be valid, they shouldn’t be presented as scientists and medical experts,” he added.

In comments provided to LifeSite, Dr. Harvey Risch, a professor of epidemiology at Yale University, said that the amassed “scientists” did not understand the difference in urgency between “cases” of the virus, and people who had actually been hospitalized with the virus. He pointed to Sweden, a country which has imposed far fewer restrictions on its population and avoided lockdowns, yet saw a lower mortality rate in 2020 than most European countries.

“Why didn’t 1,200 ‘scientists’ write to Sweden? Johnson is right to open and let more young people get the delta variant and become immune,” wrote Dr. Risch. “NZ [New Zealand] and Australia will have large case loads when they reopen, because they have almost no natural infection herd immunity. These ‘scientists’ do not understand that what matters is hospitalizations and deaths, not cases.”

Dr. Risch’s consternation was echoed by Dr. Peter McCullough, an internist, cardiologist, epidemiologist, and Professor of Medicine at Texas A & M College of Medicine, in Dallas.

“It is becoming clear that the vaccines have failed and persons who are fully vaccinated are contracting the SARS-CoV-2 virus and most likely the Delta strain,” he declared in comments provided to LifeSite.

Dr. McCullough has authored 46 peer-reviewed papers on COVID-19, and has regularly commented on The Hill and on FOX NEWS Channel.

“This is a call for early treatment protocols as published by McCullough et al in Aug 2020 and Dec 2020 in the peer reviewed literature,” he continued. “Prudent measures for those who are ill with early treatment for high risk individuals and self quarantine for all those with acute symptomatic COVID-19 is reasonable. Other restrictions beyond self-quarantine of the acutely sick have never been scientifically or medically justified and have been ill-advised since the onset of the pandemic.”

Speaking to LifeSiteNews in April, Dr. Yeadon noted how the “most different variant is only 0.3% different from the original sequence as emailed out of Wuhan.” Even if the variation between the original virus and the new variants were up to “3%” or as much as “30%” difference, Yeadon ridiculed the idea that such variants could escape the immunity generated by the human body after a prior infection.