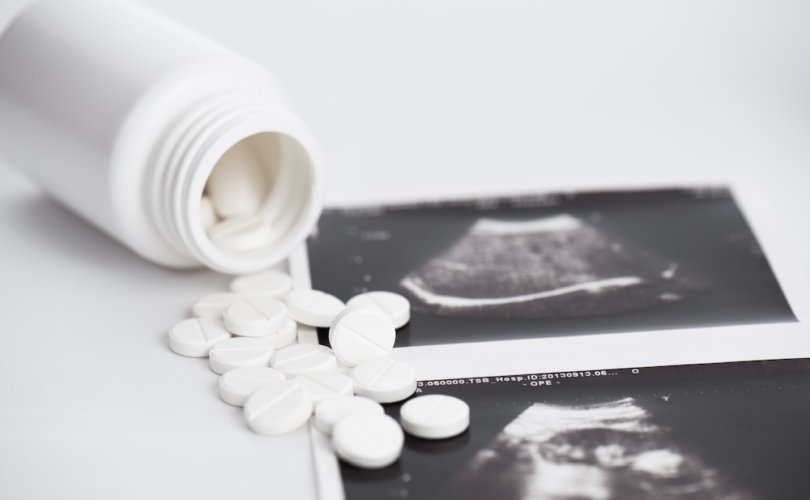 (Society for the Protection of Unborn Children) – The “devastating” truth about DIY home abortion has been revealed after freedom of information requests found that over 10,000 women required hospital treatment in England in 2020 after suffering serious complications.

An investigation, which included 85 freedom of information requests submitted to National Health Service (NHS) trusts, has shown that 1 in 17 women who used pills-by-post abortion services in 2020 suffered from side effects so severe that they required hospital treatment.

The investigation found that 5.9% of women required treatment because of incomplete abortions, with women retaining parts of their aborted babies.

The complication rate mirrored similar studies and reports, with the investigation concluding that: “We can say that complications arising from the failure of the medical abortion treatment are common and should be planned for.”

You can access the full study and findings here.

The investigation, led by Percuity LTD and headed by consultant Kevin Duffy, also found that abortion providers and the Department for Health and Social Care (DHSC) did not report abortion pill failure as a complication, despite such failures leading to hospital treatment – meaning that less than 1-in-5 complications were reported.

Kevin Duffy said: “This is the disturbing truth of abortion care during the pandemic that has not been reported to the government by providers…”

“It demonstrates clearly what needs to change and why the government must not make DIY home abortion telemedicine permanent. The time to end it is now well overdue.”

Kevin Duffy, a former Marie Stopes International employee and pro-life convert, has spoken with SPUC previously about the unscrupulous and dishonest methods of the abortion industry.

— Article continues below Petition —
HELP AUSTRALIANS restore their freedom by protesting outside the Australian High Commission - Dec. 4th - UK
Show Petition Text
1876 have signed the petition.
Let's get to 2500!
Thank you for signing this petition!
Add your signature:
Show Petition Text

The tragic and lonely reality of DIY abortion

DIY home abortion was introduced in response to lockdown at the outset of the COVID-19 pandemic. SPUC has campaigned tirelessly against the measure.

In total, from the start of April 2020 to the end of September 2021, 180,182 women in England had abortions at home using abortion pills, misoprostol and mifepristone, or taking at least one pill, misoprostol, at home after taking mifepristone at a clinic.

Since early 2020, SPUC has been reporting on the lonely and tragic reality faced by women undergoing an abortion at home without medical supervision, including a woman named Sophie, who, after such an abortion, reported that “there were big chunks coming out of me.”

“I would break down sobbing in the shower because chunks were coming out of me – it was absolutely horrifying…. I don’t want anyone to suffer like I did.”

In early 2021, SPUC also responded to a government consultation on DIY abortion, calling on the Government to end home abortions immediately.

These facts cannot be ignored – we must protect women

Michael Robinson, SPUC’s Executive Director (Public Affairs & Legal Services), said: “This devastating report confirms what SPUC has said all along: that DIY home abortion is not safe or simple.”

“Earlier this year, a report revealed that ambulance calls for abortion complications rose by 54% in 2020, as reported by SPUC, an urgent indication that women were being put at risk by DIY abortion.”

“These are the facts, confirmed by numerous reports, as well as anecdotal evidence, which the mainstream media and the Government have continued to ignore.

Kevin Duffy’s detailed investigation has exposed the disgraceful lack of care and professionalism, which underlies the abortion industry and its advocates, towards mothers undergoing a physically and mentally traumatic procedure – which also ultimately leads to the death of an unborn child.

Once again, SPUC calls on the Government to cease, with immediate effect, dangerous DIY home abortion services, which place women at an unacceptable level of risk.”