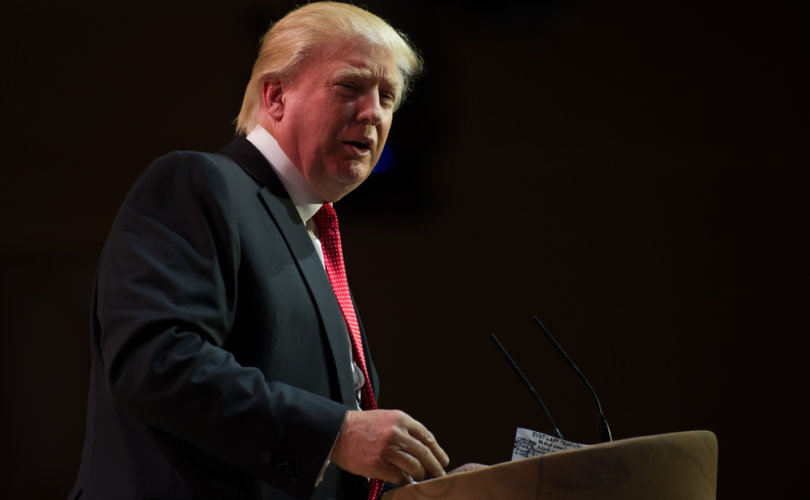 The letter, sent yesterday, is from the Council for National Policy, currently led by the Family Research Council's Tony Perkins.

It began by thanking Trump for “beginning to reverse” the “devastating trend” of Obama-era policies hurting religious freedom.

“You have rightly noted, at the National Prayer Breakfast, that '[o]ur Republic was formed on the basis that freedom is not a gift from government, but that freedom is a gift from God,'” the leaders wrote. “You observed in the same speech that international religious freedom violations are taking place.”

“While the media has largely passed over these comments, they have not escaped our notice,” they wrote. “Thank you for being very clear about the importance of religious liberty. Naming the problem is the first step toward addressing it.”

The Council for National Policy members asked Trump to issue “an executive order to prevent federal discrimination against [Americans] for acting in accordance with their beliefs.” Examples of such ongoing discrimination include Christian adoption agencies having to shut down and the Little Sisters of the Poor being forced to participate in the provision of contraception.

Federal grantees “face the prospect of the government forcing them to violate their faith or give up their role serving the disadvantaged and poor around the world,” the letter explains.

It lists other domestic threat against religious freedom as:

“We urge you to take action to ensure their freedom to believe and live out those beliefs is protected from government punishment,” the conservative leaders wrote. “We, in the conservative movement, stand ready to assist you in your efforts to protect and uphold the freedom of religion in America.”

Leaders of Priests for Life, Students for Life of America, the Family Foundation of Virginia, Jeanneane Maxon Consulting, Oklahoma Wesleyan University, Eagle Forum, and Operation Rescue were among the signatories.