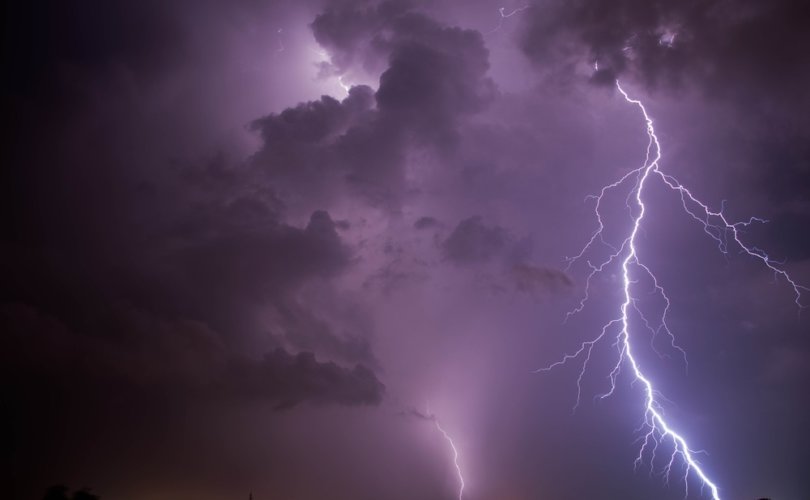 WASHINGTON, D.C., September 26, 2019 (LifeSiteNews) – More than half of young Americans fear the end of humanity is near because of climate change, according to a recent survey.

The survey results come as the media focus on an autistic Swedish 16-year-old’s “school strike for climate,” which their coverage helped propel to the international stage.

According to a Rasmussen/HarrisX survey, 29 percent of all American voters believe it is “at least somewhat likely that the earth will become uninhabitable and humanity will be wiped out” in the next 15 years.

The survey revealed rural Americans do not share city-folks’ concerns. Of those surveyed, 21 percent of urban voters believe that our world will soon become uninhabitable. Americans in the suburbs and rural areas are comparatively unconcerned: six percent of rural voters and five percent of suburbanites believe imminent doom is upon the world. The study, which was released on Monday, asked the opinion of 1,000 registered U.S. voters.

Climatologist David Legates of the University of Delaware told LifeSiteNews in an email that the survey “only serves to validate H.L. Mencken's argument about the aim of practical politics being only to keep the populace alarmed by imaginary hobgoblins.”

Saying that the world has more things to worry about than climate change, he added, “This imaginary disaster takes us away from the real issues we face.” Placing the blame on the educational system for “creating a nonsensical disaster to instill fear,” Dr. Legates said that the result is to make people so fearful of the future that they will come to trust those offering a purported solution. “That solution, unfortunately, is designed to remove your freedoms and yield control to a totalitarian state.”

Thousands of people turned out in Washington, D.C., New York City, London, and other world capitals on Friday to voice concerns over environmental degradation and global climate change. Educators in schools and universities in the U.S., United Kingdom, and elsewhere allowed students to skip classes in order to participate in the “climate strike” and engage their political leaders. Joining them were politicians and world leaders, such as Pope Francis and French Prime Minister Emanuel Macron.

Addressing participants attending the UN Climate Action Summit in New York via video, the pontiff said that global climate change is “one of the most serious and worrying phenomena of our time.” The pope said that the nations of the world have a duty to fight against climate change, adding that despite a weak response so far, a “window of opportunity is still open.”

In a video, the Pope said, “We are still in time. Let us not let it close. Let us open it with our determination to cultivate integral human development, to ensure a better life for future generations. It is their future, not ours.” Asking whether there is indeed any political will to allocate human and other resources to mitigate “the negative effects of climate change” while helping the poor, he said that climate change is not merely an environmental issue but a “challenge of civilization in favor of the common good.”

Media attention was largely focused on Greta Thunberg, the teenaged Swedish activist mentioned above. She led the “Global Climate Strike” and is now a Nobel prize nominee.

On Monday, Thunberg scolded political leaders for their supposed “betrayal” of young people and failure to deliver on promises to implement drastic measures to address climate change, which activists believe is caused by humanity’s economic activity, particularly fossil fuel consumption.

“If world leaders choose to fail us, my generation will never forgive them,” said the young Swede. In her speech, Thunberg told leaders “you are still not mature enough to tell it like it is. You are failing us. But the young people are starting to understand your betrayal.”

“You have stolen my dreams and my childhood with your empty words,” said Thunberg. She said, “The eyes of all future generations are upon you. And if you choose to fail us I say we will never forgive you. We will not let you get away with this. Right here, right now is where we draw the line.”

Thunberg joined 15 other children to file a complaint through UNICEF against Argentina, Brazil, France, Germany, and Turkey for supposedly undermining children’s rights through their inaction. They did not mention, however, China and India, which are among the most polluted countries in the world.

President Donald Trump, who gave a speech to the UN general assembly on Tuesday that decried abortion and called on the world to embrace freedom, issued a tweet greeting Thunberg.

She seems like a very happy young girl looking forward to a bright and wonderful future. So nice to see! https://t.co/1tQG6QcVKO

Marc Morano, a climate skeptic and the author of The Politically Incorrect Guide to Climate Change, said of the climate strike: “It is all part of the climate activist plan to use kids because they have failed to convince adults.”

Morano deplored climate change activists who interrupted his talk at Georgetown University on September 19 with shouts and air horns. When campus police asked the vociferous protesters to leave, they refused.

Regarding this apparent refusal by students to allow dissent, Morano said, “It’s not surprising. They’ve been indoctrinated from kindergarten through college, and it’s only gotten worse,” adding that “young people are buying into” the belief that the world will soon end. Morano said that the doctrine of climate change has permeated academia, schools, and popular culture. The federal government, he said, continues to fund it.

As a Catholic, Morano said he is disappointed with Pope Francis’ position on climate change. Morano is a critic of the Pope’s 2015 environmentalist encyclical Laudato Si. Morano denounced what he called an “unholy alliance” between the Vatican and “anti-capitalist, pro-population control advocates,” such as economist Jeffrey Sachs, who promote fear of man-made climate change.

“The Pope has gone full-on lobbyist,” Morano told LifeSiteNews, adding, “In his encyclical he called on Catholics to pray for the successful passage of the UN Paris agreement. About a month ago, he did something similar. He is literally lobbying for policies that would not have any effect on climate change, even if you believe the United Nations’ science.”

“It is way out of line, completely bonkers, that the Pope would allow himself to be used as a lobbying tool for the United Nations.”