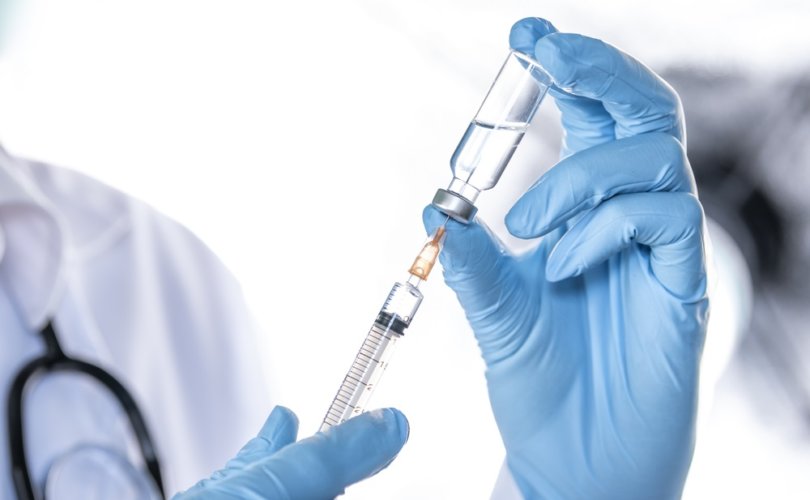 OTTAWA, August 4, 2020 (LifeSiteNews) — Canadians should be “deeply ashamed” of their government’s first annual report on euthanasia that reveals that 771 sick Canadians asked to be lethally injected in 2019 because of loneliness, says a well known American euthanasia opponent.

“Good grief. We are told that euthanasia is ‘compassion.’ But how compassionate is it when last year in Canada, hundreds of sick people were euthanized because of loneliness?” wrote Wesley J. Smith in the National Review.

Released in July by Liberal Health Minister Patty Hajdu, the federal report documents that 5,631 Canadians died by lethal injection, or Medical Assistance in Dying (MAiD), in 2019.

That accounted for two percent of all deaths in Canada that year and is a 26.1-percent increase from 2018 in the medically assisted killing of Canadians.

The report’s data were drawn from the federal monitoring system on euthanasia the Liberals launched November 1, 2018. Before this, provinces and territories voluntarily submitted records on euthanasia, which Canada legalized in June 2016.

Smith, a senior fellow at the Discovery Institute’s Center on Human Exceptionalism, wrote a searing summary of the report’s findings that terminally ill Canadians requested euthanasia for the following reasons:

The percentage of those who cited “inadequate control of pain or concern about it” as a reason for requesting euthanasia is “scandalously high,” observed Smith.

“Palliative and hospice pain-control experts will tell you that most serious pain in terminal illnesses can be successfully alleviated,” he said.

The first, second and fourth most cited reasons for requesting euthanasia are all serious concerns but “can be overcome with appropriate care,” observed Smith.

“These statistics are scandalous and should make Canadians deeply ashamed.”

The federal report also makes no “attempt to uncover possible abuse of the law,” pointed out Alex Schadenberg, executive director of the Euthanasia Prevention Coalition.

Under Bill C-14, the medical practitioner who administers the lethal injection also reports the death, he told LifeSiteNews.

“And I always ask the question and it’s absolutely the correct question: Will people self-report abuse of the law? Will they write into the report that So-and-so was unconscious when I came to do it? That they were incompetent when I came to do it? Will they say that this person was unsure, but his wife really thought it was a good idea?” Schadenberg said.

“No, that’s not going to come into the report.”

He referred to the CTV-reported case of 61-year-old Allan Nichols, a physically healthy B.C. janitor who suffered from chronic depression and was lethally injected in the Chilliwack General Hospital in June 2019, despite pleas from his family.

They then asked the RCMP to investigate because Nichols did not have a terminal illness.

Bill C-14 stipulates that individuals age 18 and over who are capable of consent and make a voluntary request are eligible for lethal injection if they are diagnosed with a “grievous and irremediable medical condition.”

The law currently defines this as a serious and incurable illness or disability that results in an advanced state of irreversible decline in capability and causes intolerable physical or psychological suffering, with natural death being “reasonably foreseeable.”

However, Quebec Superior Court justice Christine Baudouin struck down the “natural death” criterion as unconstitutional in her September 2019 Truchon v. Canada decision and gave the federal and Quebec governments six months to amend their legislation.

In response, in February, the Trudeau Liberals tabled Bill C-7, which critics warned will make Canada the most permissive “euthanasia regime” in the world.

The bill not only dispenses with the terminal illness requirement, but, among other things, “permits a doctor or nurse practitioner to lethally inject a person who is incapable of consenting, if that person was previously approved for assisted death,” Schadenberg said.

Because of the coronavirus pandemic shutdowns, Parliament won’t debate Bill C-7 until September, and the Quebec court has extended its deadline to December, but Schadenberg is encouraging people to continue lobbying against the legislation and sign the EPCC petition against it.

He also suggested that the numbers of sick Canadians requesting euthanasia because of loneliness and isolation will surge this year because of the lockdowns.

“This is a significant issue,” said Schadenberg, noting that all available data for 2020 show euthanasia numbers rising.

“If the same percentage of people euthanized in Canada were killed by doctors in the U.S.A., it would add up to more than 50,000 medical homicides per year,” Smith pointed out. “Do we really want that?”

“This isn’t just about Canada,” he continued. “The country is our closest cultural cousin. If we swallow the hemlock as our northern cousins have, the same lethal pattern could unfold here.”