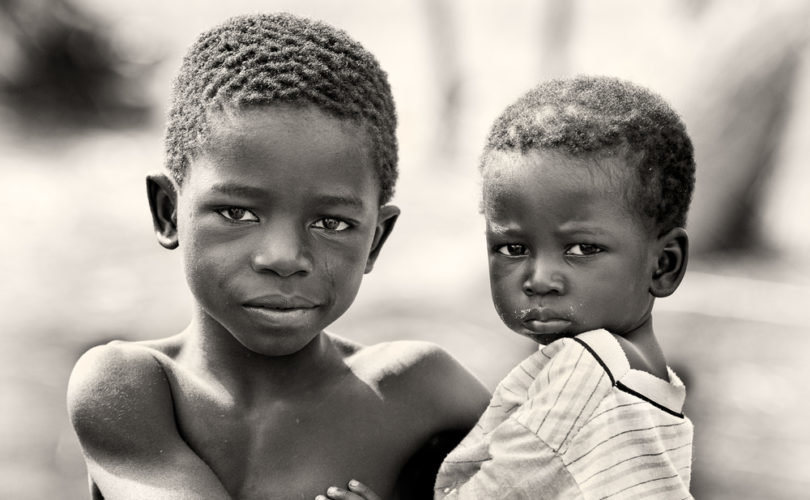 AMURIA, Uganda — Like the rest of Africa, Uganda has been besieged by outside forces relentlessly pressuring governments to embrace anti-life and anti-family policies. The angle is always the same: improving “reproductive health,” including abortion and contraception, will liberate women and encourage growth and prosperity in the developing world. To fight this overwhelming propaganda, HLI Uganda hosted a three-day conference to expose the anti-family and anti-life agendas pushed by the media and non-governmental organizations (NGOs) who think that Ugandans have too many children. Last month’s conference drew over 8,000 Ugandans according to Father Jonathan Opio, country director for HLI Uganda.

Scheduled during a break in school and during a time when many take holidays, conference coordinators capitalized on the last few years’ worth of outreach to various institutions to turn out a record number of attendees for the annual event. According to Father Opio, participants from all regions of the country learned about the language and tactics of the NGOs that put enormous financial and social pressure on governments to accept anti-life and anti–family policies. These organizations have over the years created a culture of aid dependency, around which many African nations organize their economies, which makes it so difficult to reject the demands of those who bring the “aid” to the countries.

“The anti-life NGOs have been infiltrating most parts of Uganda, and sometimes they move door to door — targeting the youth and women,” Father Opio said. “We are fighting campaigns heavily financed by both international and local NGOs which promote various anti-life agendas.”

However, the conference’s real success will largely depend on the pro-life efforts of the participants as they learn to fight the anti-life agenda by condemning abortion and contraceptive approaches.

“Education is the key,” Father Opio added. “Many people who listen to us for the first time are puzzled to hear about the anti-life agenda. HLI Uganda offers critical information to educate Ugandans through large community conferences like this one. Many are now learning and sharing the truth that abortion and contraception are false solutions to the real problems of poverty and marginalization.”

With assistance from Catholic clergy and religious, and numerous volunteers, the conference speakers addressed the destructive public policies that affect Ugandan life and family. Participants learn tactics used by NGOs to market abortion and harmful contraceptive methods and prepares them with life skills including natural family planning methods and how the Church aids those in need of post-abortion care. They learned about the “village health teams” that administer long acting reversible contraceptives like Depo-Provera (Sayana Press) injections, implants and IUDs, and the health consequences of these dangerous methods.

“The freedom and progress that people want does not come through sterilizing ourselves with dangerous drugs, just to please the wealthy Western elites who think we have too many children,” said Father Opio. “It comes through living lives of virtue, through using our freedom well and building communities that support one another. We must value life at every stage of development, as well as our elders and our faith.”

“We were very happy to see the national media covering our conference. We did have a very large crowd, but the more who hear that there is a different way than what we’re being told by the NGOs, the better for Uganda,” said Father Opio. “We do not have the resources to pay the media like the other side does, but people find the truth liberating, and we pray that this message continues to reach all of the nation. With demands now for similar conferences in other parts of the country, I just hope we can keep up!”