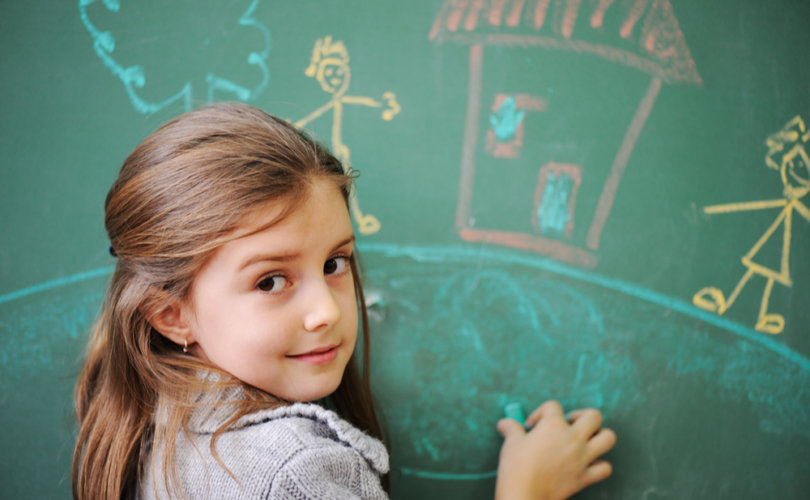 MECHANICSBURG (LifeSiteNews) — Pennsylvania’s school boards have opted out of a nationwide school board association after the larger group asked the federal government to crack down on concerned parents it called “domestic terrorists.”

The Governing Board of the Pennsylvania School Boards Association (PSBA) voted unanimously Thursday to withdraw its membership from the National School Boards Association (NSBA). The NSBA previously wrote a letter asking President Joe Biden for federal law enforcement intervention against parents it called “domestic terrorists,” a “misguided” move which the PSBA said was “the final straw.”

The September 29 letter from the NSBA argued that “America’s public schools and its education leaders are under an immediate threat,” leading the NSBA to “respectfully [ask] for federal law enforcement and other assistance to deal with the growing number of threats of violence and acts of intimidation occurring across the nation.”

In an internal memo announcing its departure from the NSBA, the PSBA said its long-standing membership in the national body was intended to “bring value and support to our organization and local school directors,” but that “[t]he value of the NSBA federation membership has been questioned numerous times over the past several years.”

“The most recent national controversy surrounding a letter to President Biden suggesting that some parents should be considered domestic terrorists was the final straw,” the PSBA said.

Decrying the “politics and posturing” demonstrated by the national association, the Pennsylvania group said the NSBA’s recent statements have created contention within the PSBA, causing political clashes despite the Pennsylvania chapter’s desire to “find common ground.”

“This misguided approach has made our work and that of many school boards more difficult. It has fomented more disputes and cast partisanship on our work on behalf of school directors, when we seek to find common ground and support all school directors in their work, no matter their politics. Now is not the time for more politics and posturing, it is the time for solutions to the many challenges facing education,” the statement read.

The PSBA’s decision to distance itself from its national counterpart came after the Biden administration acted to punish parents for speaking out against objectionable school policies, mobilizing the FBI to go after the parents for engaging in alleged “harassment, intimidation, and threats of violence against school administrators, board members, teachers, and staff.”

— Article continues below Petition —
PETITION: Urge "Catholic" Terry McAuliffe to renounce his promotion of abortion
Show Petition Text
1721 have signed the petition.
Let's get to 2500!
Thank you for signing this petition!
Add your signature:
Show Petition Text

In an October 4 statement, the Department of Justice (DOJ) under Attorney General Merrick Garland announced it had “directed the FBI and U.S. Attorneys’ Offices to meet in the next 30 days with federal, state, Tribal, territorial and local law enforcement leaders to discuss strategies for addressing this disturbing trend. These sessions will open dedicated lines of communication for threat reporting, assessment and response by law enforcement.”

The PSBA has not been alone in objecting to the language used by the NSBA and the Biden administration’s response mobilizing federal law enforcement against parents.

According to reporting by The Federalist, “As of Friday, at least 16 state school board associations reported that they were not consulted before the NSBA sent its letter to the Biden administration.”

“While a handful of the state associations simply said they were unaware of NSBA’s letter until it was published, most state groups condemned the national association’s request to use domestic terrorism laws to target parents and said the protests they’ve experienced have not warranted law enforcement involvement beyond the local and state level,” the Federalist reported.

The much-reported disorderly behavior at school boards has led to several altercations with law enforcement over the past year as parents have expressed their anger about radical policies like transgender bathrooms, the teaching of divisive and explicit racial and sexual ideologies, and the forced masking of children despite their lack of susceptibility to serious effects from COVID-19.

One father who engaged in a heated exchange and was ultimately arrested during a school board meeting was held up as a clear representative of the “domestic terrorist” threat posed by parents objecting to radical school policies, until an exclusive story found the father’s anger was due to the school’s alleged cover-up of his young daughter’s rape by a “transgender” male.

During a school board meeting in which members advocated for the normalization of “transgender bathrooms,” Smith engaged in a heated exchange with a woman the Daily Wire referred to as “a left-wing community activist,” who “told Smith she did not believe his daughter.”

“His rage reached a boil and he had a heated exchange of words with the woman,” the report read. “A police officer, there to keep the peace in the meeting, pulled on his arm. Smith yanked it away. Before he knew it, Smith says, he was hit in the face, handcuffed, and dragged across the floor, with his pants pulled down. Images of the incident were splashed on televisions and newspapers across the world.”

The Daily Wire discovered that the Loudoun County School Board had tried conceal the rape, with the board insisting it had “no record of any assault occurring in any school bathroom,” while a “progressive, top elected prosecutor, who has close ties to the school board’s most liberal members, appeared in court to personally prosecute Smith for disorderly conduct and resisting arrest.”

After the Daily Wire published its report, Loudoun County School Board member Beth Barts, who has been “criticized by parent groups over Critical Race Theory and transgender policies in the school system,” announced she would resign from her position.