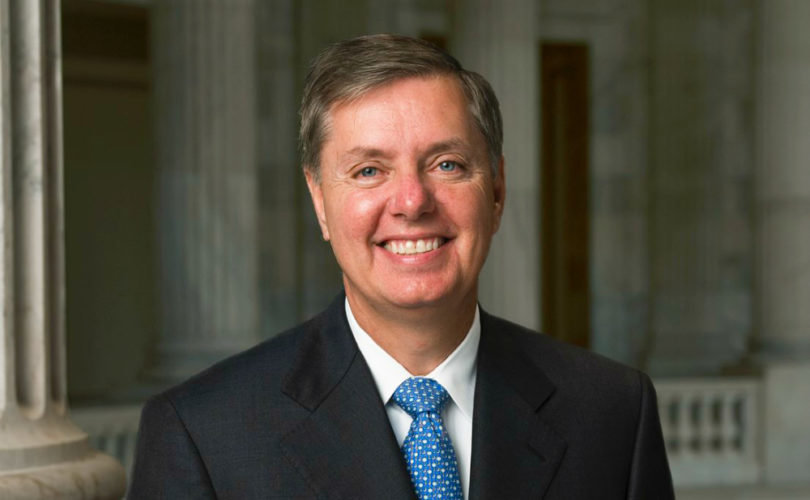 WASHINGTON, D.C., June 10, 2015 (LifeSiteNews) – A bill to prevent unborn babies from feeling searing pain during an abortion will be introduced in the U.S. Senate tomorrow.

“Right now in our country, a child can be killed in his or her mother’s womb for any reason, at any point, up until the moment of birth. We are one of only seven nations in the world, including China and North Korea, to allow such brutality,” said Susan B. Anthony List president Marjorie Dannenfelser, who will join Graham at tomorrow's press conference. “We are a better nation than this.”

The move comes just one month after the House passed the bill, which would ban most abortions after 20 weeks, with a bipartisan 242-184 vote. The House passed the law on the second anniversary of Kermit Gosnell's murder conviction.

The speedy introduction of the bill significantly differs from the first time the hawkish South Carolina senator introduced the bill, which languished for five months after it passed the House in 2013. At that time, Graham faced a primary battle against a more conservative Republican.

This time, the bill's introduction comes just a week after Lindsey Graham announced he is running for president.

Observers see little chance of its passing the Senate, where it must garner 60 votes to break a likely Democratic filibuster. Should it pass, President Obama has promised to veto the bill. Its supporters say the bill nonetheless serves an important educational function in underscoring the humanity of unborn babies and the brutality of late-term abortions.

“We are grateful to Senator Lindsey Graham for his strategic leadership and for his tenacity in moving this legislation forward,” Dannenfelser said. “Nobody better understands the strategic and moral importance of this human rights debate.”

Numerous national polls have found strong support for the bill from a majority or plurality of Americans – including surveys conducted by Quinnipiac, National Journal, Huffington Post, NBC/Wall Street Journal, and Washington Post/ABC News. Generally, women and young people favor a late-term abortion ban on the grounds of fetal pain more than men or older Americans.

Lindsey Graham: I’ll make it easier to have a late-term abortion after rape in the Senate version of the 20-week bill
Graham: Introduce 20-week abortion ban in ‘every state possible’ to build momentum for national bill

House GOP promises to reintroduce 20-week abortion ban – but will it be too watered down?