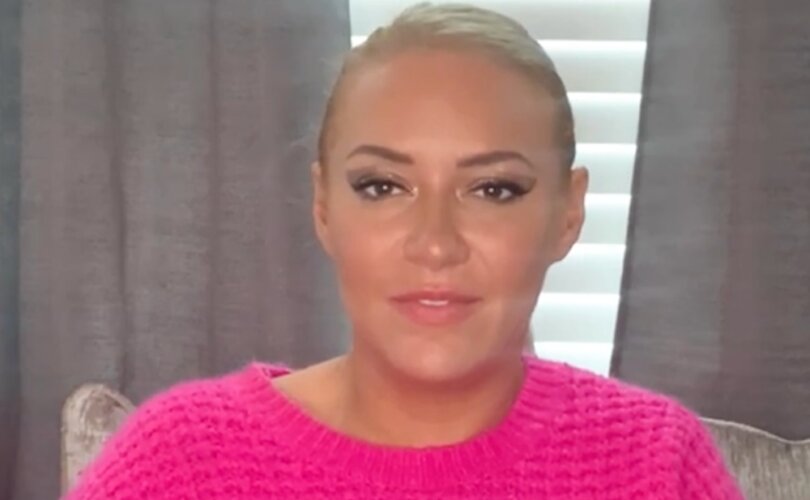 (LifeSiteNews) — A former pop star has shared her abortion experiences with the public for the first time, expressing pain and regret over her choices and her desire to help other women avoid the same mistakes.

During an interview with Christine Yeargin on the Students for Life of America podcast “Speak Out,” Kaya Jones, a former member of The Pussycat Dolls, discussed having had three abortions. She described the experiences as something “you wish you never even encountered because it’s painful beyond measure” and that women “never get over” the emotional trauma of abortion.

Jones, who has since left the highly sexualized pop industry and dedicated herself to using her voice for God and to defend life, had her first abortion at 16. The singer said that at such a young age she “didn’t have any understanding” that the abortion was killing her child. Later, while working with The Pussycat Dolls, Jones became pregnant and was reportedly “told to get rid of it.”

At age 30, she was raped as a result of “having no self-esteem,” having been immersed in a toxic environment which didn’t value life, and “poor choices with someone I had been with in my past.” Although the father “wanted to keep the baby,” Jones said there were “complications” which ultimately “led to another abortion.”

“After the first [abortion] you don’t think you’ve done anything wrong,” the singer said. “It’s been normalized, and what is a line until you’ve crossed it? You don’t know what a line is once you’ve crossed that line. It’s a slippery slope to continue to cross those lines.”

READ: Study finds 6 in 10 women who had chemical abortions wanted help or emotional support after

Jones expressed the need to talk about abortion to help both men and women choose life and find healing from their mistakes. She said there is a “lack of knowledge” and “a lot of regrets, and nothing can make that go away other than God Himself when you lay it at His feet and ask for salvation on these issues.”

Abortion is also the root cause of what Jones referred to as “a lack of respect between men and women in our culture.” She said that when a woman chooses abortion instead of life, “what you’re showing men is that you don’t value yourself or your seed or their seed. In return, they don’t value us as women because we’re willing to do these things to ourselves and to our children and to their seed as men.”

Jones said that she “wholeheartedly understand[s]” the pain and regret of having an abortion:

I feel we should start talking to young women about it instead of just demonizing it or putting all these regulations – we have to come up with some kind of understanding of the damage. Because it’s very damaging, and when you’ve had one you think you can keep having them. You don’t think it’s a big deal, and I genuinely think our culture has turned it into a form of contraception… This is very, very seriou,s and we do need to discuss it.

The singer also addressed the common argument that abortion is acceptable in cases of rape. She told women, “I’ve gone through it all, and I will assure you, you will regret it your whole life…even if I become a mother tomorrow and I’m happily married and all is well, I’m still going to regret the three children I did not have.”

Although she is “not having any kind of relationship” at present, Jones expressed hope that she will be “able to be a mom” someday. “I hope to be a wife and to be able to share what I do believe is the greatest gift and ultimately the greatest job you’ll ever have on this planet as a woman,” she said.

Since leaving The Pussycat Dolls, Jones has turned her attention to spreading the Gospel and the pro-life message. In 2017, LifeSiteNews published an article which highlighted the singer’s new mission, particularly how she condemned Planned Parenthood and Hollywood’s pro-abortion culture.

Jones now resides in Florida and continues “using her testimony and experience to point the world to the lifesaving message of Jesus Christ,” as her website describes.

Many women who choose abortion later speak out against the crime, underscoring the reality that abortion kills an innocent human being and causes permanent trauma for the mother. Famously, former Planned Parenthood director Abby Johnson abandoned her career after two abortions and a sudden understanding that abortion murders unborn babies. Her pro-life activism now inspires women to choose life.

Similarly, in April 2022, a group of women gathered outside Jackson Women’s Health Organization in Mississippi to share their stories of regret after abortion. Their witness saved four babies from abortion that day.