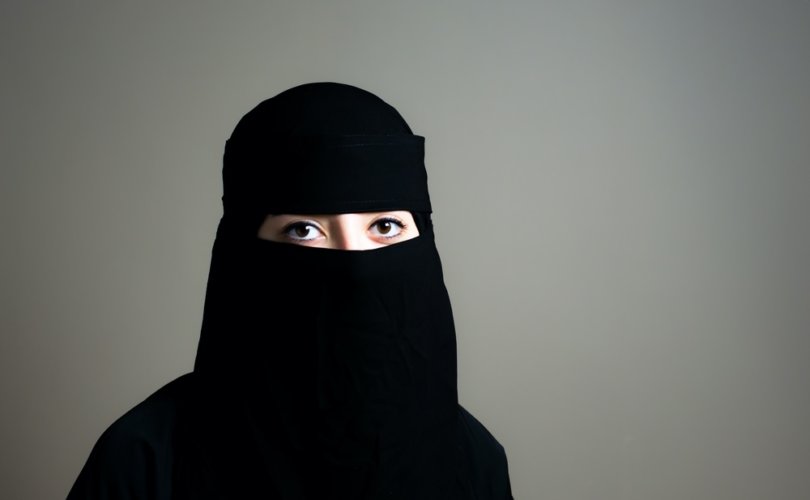 KARACHI, Pakistan, October 30, 2020 (LifeSiteNews) – A 13-year-old Catholic girl who was abducted and raped by a Muslim man saw her “marriage” to him validated in court on Tuesday, according to the Catholic Herald.

Arzoo Raja had been taken from outside her home on October 13 and two days later, as the family searched for her, police announced that they had received marriage papers claiming that Arzoo was 18 and that she had converted to Islam to marry her 44-year-old abductor, Ali Azhar.

Despite the fact that the family obtained legal representation from Aid to the Church in Need and provided a birth certificate proving that Raja is only 13, the Sindh High Court upheld the validity of the so-called marriage. According to the Court, the girl confessed “that she had recited the Islamic proclamation of faith,” which the court determined meant “that she had freely consented to her conversion and marriage.” The Court also stated:

The petitioner initially belonged to the Christian religion. However, after the passage of time, the petitioner understood and realized that Islam is a universal religion and she asked her parents and other family members to embrace Islam but they flatly refused.

Raja left the courthouse escorted by police and her captor. Her parents begged to see the girl, her mother imploring, “Arzoo, come to your mama … he will kill you.” To make matters worse, “Arzoo’s mother and father have both lost their jobs following their daughter’s abduction and they have reportedly received threats from the family of Ali Azhar.”

Cardinal Joseph Coutts of Karachi asked Christians to protest Raja’s abduction the following day. There have been other protests against forced conversions and marriages in Pakistan, most notably the cases of Huma Younus and Maira Shahbaz. Both girls were abducted when they were 14 years old. Younas became pregnant with her perpetrator’s child and has been in his captivity for more than a year. Shahbaz was taken at gunpoint earlier this year but recently escaped. She is now seeking asylum in the United Kingdom.