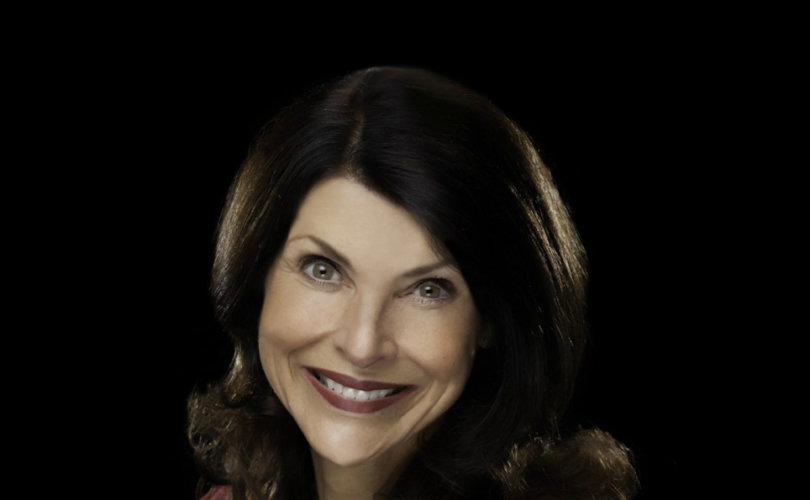 The mother of star athlete and ESPN broadcaster Tim Tebow will be among the speakers for this year’s Walk for Life West Coast and she will appear at the National Memorial for the Pre-Born in Washington, D.C., a March for Life-associated event organized by pro-life religious leaders.

The 13th annual Walk for Life West Coast will take place January 21 in San Francisco  and the 23rd annual National Memorial for the Pre-born and Their Mothers and Fathers in the nation’s capital is set for the morning of the March for Life on January 27.

The 44th annual March for Life in D.C. has been moved to the week following the actual January 22 anniversary of Roe because of this year’s presidential inauguration.

Tebow and husband Bob are Christian missionaries who home-educated each of their five children from kindergarten through high school beginning in 1982.

It was after youngest son Tim became the first college sophomore to win the Heisman Trophy in 2007 that Pam Tebow gained national attention when he explained in an interview that she’d been advised to abort him.

Drugs given to her to treat an illness while performing missionary work in the Philippines were likely to be dangerous to her unborn son, and not taking them put her at risk. Tebow refused to abort, choosing instead to trust God, and the star athlete, now 29 and a Christian philanthropist, was born healthy.

Tebow’s story led to a 2010 Super Bowl pro-life and family commercial with her and her son produced by Focus on the Family that resulted in millions seeing a pro-life message without abortion ever being mentioned.

“Though the words ‘abortion’ and ‘pro-life’ were never spoken during that 30-second commercial, pro-abortion groups tried hard to keep CBS from airing it, and attacked Mrs. Tebow’s story afterward,” said Priests for Life National Director Father Frank Pavone, president of the National Pro-Life Religious Council that organizes the National Memorial for the Pre-Born. “But the truth won out that day.”

Walk for Life West Coast co-founder Eva Muntean said in a statement that organizers were excited to have Tebow as a speaker, pointing out how it was her commitment to life that has allowed her son to be an inspiration to so many. Tebow plans to bring a message faith and hope to the West Coast Walk, she said.

“You know, when most people think of Pam, they think of her as the mother of the Heisman Trophy winner Tim Tebow,” Muntean stated, “but Tim is only here because Pam listened to the Lord, and refused to abort him when doctors advised her to do so — even though her life was in danger. That’s as pro-life as it gets!”

“We know that women face strong pressure from doctors to abort any child who might become a legal liability after they are born,” Father Pavone continued in a statement. “That’s why Pam Tebow’s message is so powerful, and so vitally important. Mothers and fathers can resist this pressure from doctors who are often wrong.”

Tebow will be honored with the 2017 National Pro-Life Recognition Award at the National Memorial for the Pre-born.

Walk for Life West Coast participants are expected from throughout the San Francisco Bay Area and across the United States and Canada. Attendance at the West Coast event has grown from 5,000 its first year to an estimated 50,000 to 60,000 last year.

The March for Life in Washington D.C. has seen upward of a half-million participants in recent years, with numbers for last year’s event down from a record blizzard that struck the nation’s capital just as the March began.

The 2016 March for Life ultimately ended up making history with the remarkable stories of thousands of pro-life pilgrims being stranded on the Pennsylvania Turnpike after leaving the March early to flee the storm.