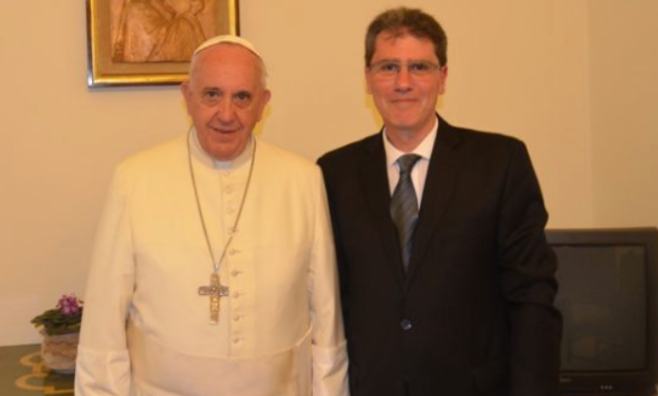 August 18, 2017 (LifeSiteNews) — One of the authors of a widely-criticized essay that accused conservative Catholics and Evangelicals in the U.S. of instigating an “ecumenism of hate” is doubling down on his claims.

Speaking with The Tablet earlier this week, Marcelo Figueroa said he was happy to see the “necessary” debate that resulted from an article he and papal confidant Fr. Antonio Spadaro S.J. published July 13 in La Civiltà Cattolica, a Jesuit-run journal overseen by the Vatican.

In their essay, Figueroa and Spadaro decried what they called the “problematic fusion between … faith and politics” found in America.

They also accused former Trump adviser Steve Bannon of supporting “apocalyptic geopolitics” and railed against “xenophobic” voters for engaging in a fear-driven “holy war” motivated by a “nostalgic dream of a theocratic type of state.”

Both Figueroa, a Presbyterian pastor, and Spadaro, editor in chief of La Civiltà Cattolica, are close personal friends of the Pope.

The hyperbolic article sent shockwaves throughout the Christian community in the United States, which has been fighting secularism and the culture of death for decades. Persons from multiple denominations rejected the essay’s characterizations. Reverend Johnnie Moore, an Evangelical adviser to President Trump, sent a letter to Rome asking for a meeting with the Pope in order to clarify any misunderstandings.

Figueroa told The Tablet that he “tried to be respectful” in presenting his views and that he wanted the article to be a “reflection and interpretation” of Pope Francis’ words and interreligious efforts.

“All the opinions, reactions and points of view, both for and against, are welcome and show that it was necessary to open this debate,” he said.

Figueroa explained that the essay attempted to describe the “religious and ecumenical phenomenon developing in the United States.” It “did not intend to study all the expressions of ecumenism and American religiosity, but to emphasize an aspect we thought was important, opening it up to serious and respectful debate.”

Figueroa’s co-author, Fr. Antonio Spadaro, is perhaps best known for famously tweeting “2 + 2 in theology can make 5.” Previously, he has defended Pope Francis’ silence in the face of the dubia.

Figueroa co-hosted a television show with Pope Francis when he was still the Cardinal Archbishop of Buenos Aires. Although not a Catholic, Figueroa was tapped by the pope in 2016 to lead the Argentinian version of L’Osservatore Romano, the semi-official newspaper of the Holy See.