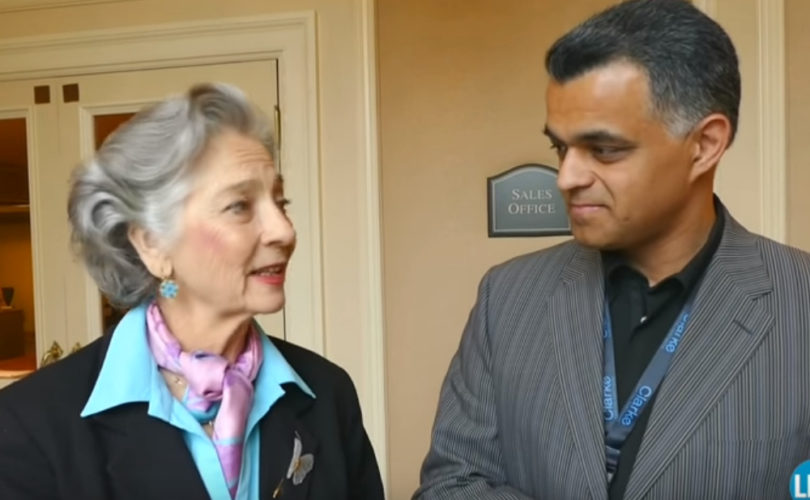 SALT LAKE CITY, November 5, 2015 (LifeSiteNews) — Now is not the time for the Church to back down on her clear moral teachings against sexual sins, especially the deadly sin of homosexual activity, but to proclaim these life-saving teachings more loudly than ever, a founding member of the Vatican’s Pontifical Academy for Life as well as a member of the Pontifical Council for the Family, told LifeSiteNews in an exclusive interview.

“I’m always unhappy when I see people trying to eliminate the concept of ‘sin,’ as if sin didn't exist. But we know that sin is something which is extremely harmful to human beings, body and soul. And so to just say ‘everybody can do what they want, it all depends on [your] conscience,’ is quite unkind,” said Christine Vollmer, who is also the president of the Latin American Alliance for the Family, to LifeSiteNews during the World Congress of Families that took place in Salt Lake City, Utah, last week.

Vollmer, one of the brightest stars in the international pro-family movement, said that the Catholic Church must never abandon to their inclinations people who struggle with same-sex attraction, but should rather work to address the cause of their “condition,” and even find a “cure” if possible.

“Because we know, for instance, with homosexuality, that those men [who are active in that lifestyle] die younger. There's a lot of suicide. They're not happy. They have their condition, their problem, whatever you want to call it, and we are called to find not only the cure for it, or how to help them with it — like the Courage apostolate does — but also to try and find what is happening in our society that there are more and more of them.”

“I think that there are quite a few elements that are beginning to show why this is so. And I think part of it is the tremendous separation of boys from their fathers. We see in Latin America all the evil that comes from the fathers not being present,” she said.

Following scripture as well as the 2000 year-long faith tradition of the Church, the Catholic faith holds that homosexual acts are “intrinsically disordered” since they are “contrary to the natural law” in that they “close the sexual act to the gift of life.”

“They do not proceed from a genuine affective and sexual complementarity. Under no circumstances can they be approved,” states the Catechism of the Catholic Church. The Church believes that human sexuality, as originally created by God, has been designed for the conjugal love exclusively between a man and woman and finds it sole legitimate expression within marriage.

When Vollmer was asked how pastors, faithful to the Church’s teaching, might accompany people who struggle with same-sex attraction while avoiding being labeled as hateful and bigoted, she replied that the journey must be with “love and respect.”

“We all know people with these kinds of problems, and we love them. They’re lovely people. But we have to feel sorry that they haven’t been able to come to total fruition. And they're not happy, even the ones who say they are.”

To help teach young people the values, virtues, and skills necessary for a successful married and family life, Vollmer has spearheaded since 2010 a new pedagogy for sexual education based on Catholic social and moral teachings. Called Alive to the World, the curriculum teaches children, especially through the use of stories, how to develop character, the virtues, and a reverential approach to sexuality.